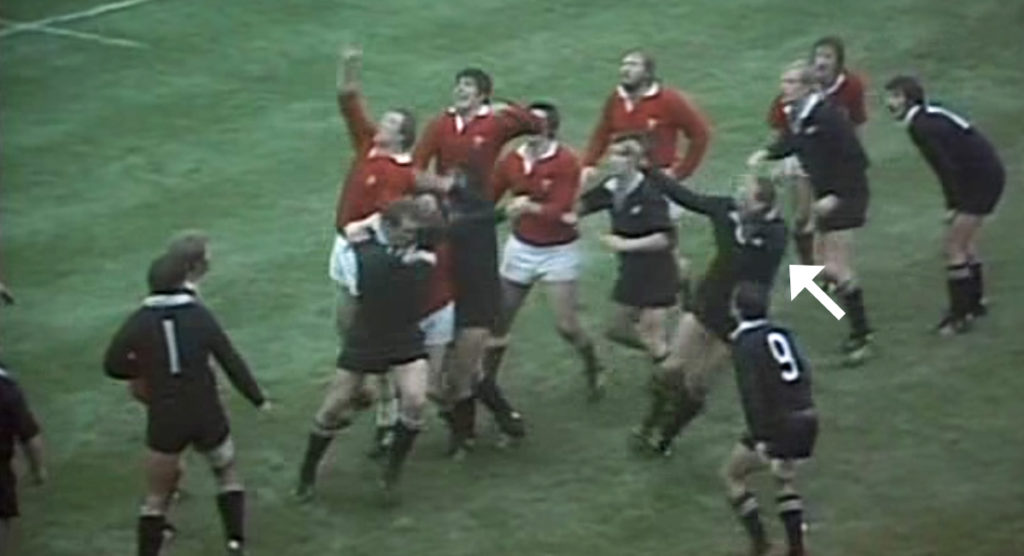 In the wake of Munster’s quarter final victory over Edinburgh at the weekend in the Champions Cup, lock Tadhg Beirne has come under some heavy criticism for a perceived dive. Looking back at history reveals that it is far from the first time a sinister dive has happened to milk a penalty.

Ireland second row Beirne seemed to go down very easily when contact was made with opposing prop Pierre Schoeman, much to the outrage of rugby fans who think that this was a case of flagrant cheating to win a penalty. Ultimately, Munster went on to score from the resulting penalty and win the game, so in a way Beirne has been vindicated for his actions, but it has nonetheless caused quite a storm amongst fans.

However, while some fans may nostalgically reminisce about the glory days of rugby, where behaviour like this would not exist, BBC ScrumV has shared some footage of a much worse incident dating back to 1978. This saw All Blacks lock Andy Haden collapse to the floor in a lineout to contribute towards winning a penalty against Wales at Cardiff Arms Park.

🗣 There has been much talk this week over Irish International Tadhg Beirne's alleged 'dive' in Munster's game on Saturday.

👀 But this one is much worse… pic.twitter.com/owLleILJZv

This dive from the All Black is risible even compared to Beirne’s, and gives the impression that the Munster lock had run into a brick wall in comparison.

In both games, however, the resulting penalty proved crucial to their team’s victory, as Haden’s antics helped the All Blacks to reclaim the lead against Wales and ultimately win the game 13-12.

Wales to this day have not beaten the All Blacks since that game, and it is surely a match that resonates with fans that watched that day.

Haden, for his part, has never apologised for what he did. The English referee later said that he had actually penalised Geoff Wheel for a push on Frank Oliver at the front of the lineout, but Haden’s dive no doubt cemented the impression that there was pushing going on, resulting in the crucial penalty.

“The ref was on our side of the lineout on the 5m line”, Haden said a few years back. “Before the ball was thrown in, he moved around past us and around the back to the other side.

“He could obviously see all their players, but he couldn’t see us. That’s the reason [the dive] was quite a theatrical performance, to make sure we got his attention.”

Diving is certainly not endemic in rugby yet, but it is becoming more and more apparent. However, this is proof that it still happened in the days that many eulogise about as being exempt from any underhanded behaviour.

Centre Steve Fenwick told The Rugby Paper in 2016: “No-one has more respect for the All Blacks than me but that was a disgrace, the closest thing I’ve seen to soccer on a rugby field.”