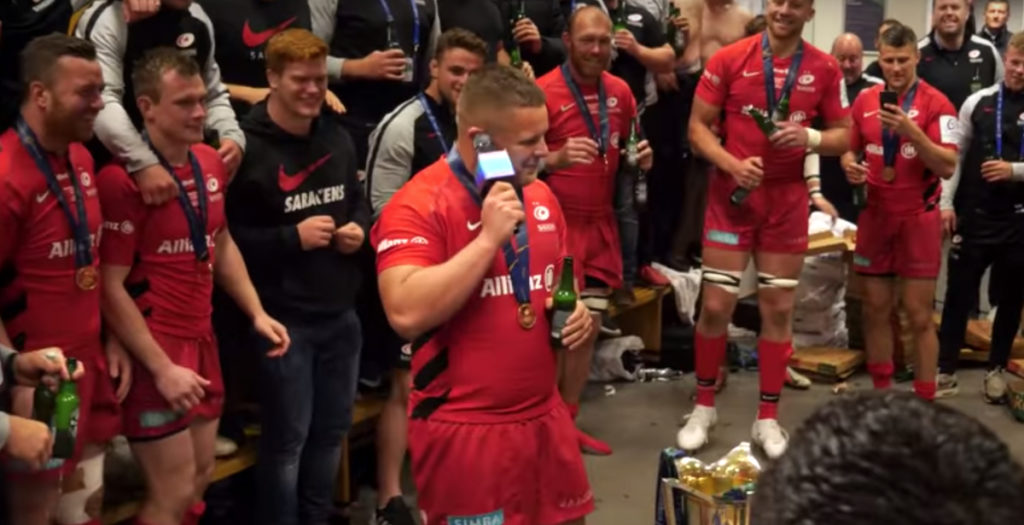 The replacement prop led what the Sarries boys call the ‘remix’ where Barrington plays radio host to lead a singalong in the middle of the changing room after they win a major trophy.

Barrington eventually gives up on the faulty mic and starts leading some classing tunes but one particularly funny moment comes when he almost drops the trophy over his head.

The 29-year-old came off the bench in the first half against Leinster when two of the starting front row departed the field with injuries, making the victory ever more sweet for Barrington – but it’s not the first time such a celebration has been caught on camera, here are a few more of his performances from over the years: