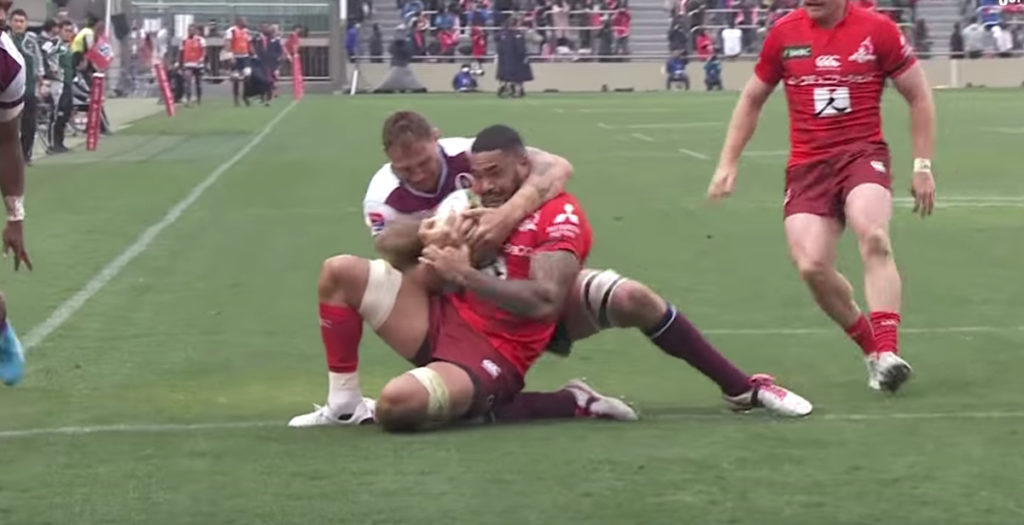 Queensland Reds number eight Scott Higginbotham showed “superhuman” strength to prevent his opposite number Rahboni Warren-Vosayaco from scoring what looked like a certain try for the Sunwolves.

Warren-Vosayaco picked the ball up from the back of an attacking scrum and beat the first man down the blindside, but as he went to put the ball down over the try line Higginbotham picked up the 103kg Australian and dragged him backwards.

Higginbotham earned 32 caps for Australia during his international career and this footage shows he’s stronger than ever.

The Reds went on to win the game 31-34 at Prince Chichibu Memorial Stadium, Tokyo – the first win of the Super Rugby season for the Queensland franchise.