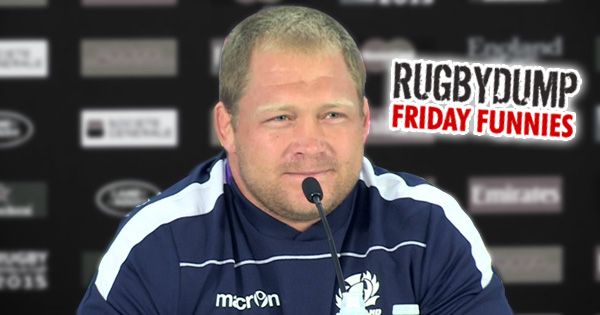 We’ve all been there: a desperately awkward situation where one can only sit and smile until the torment is over and done with. For prop WP Nel, his time was during a press conference ahead of Scotland’s World Cup match with Japan back in September.

South African born Nel made his international debut for the Scots just a few months prior to the 2015 tournament, having played with Edinburgh for the statutory three years.

As seen in an interview that hasn’t been widely shared until now, he was awkwardly quizzed by a French journalist, who didn’t quite seem to be aware of Nel’s origins.

It wasn’t the only awkward interview at the World Cup, as Eben Etzebeth also found himself having to answer a ‘stupid question’, although that one was clearly a wind up.

Catch the cringeworthy interview with the forward above, thanks to STUMEDIA