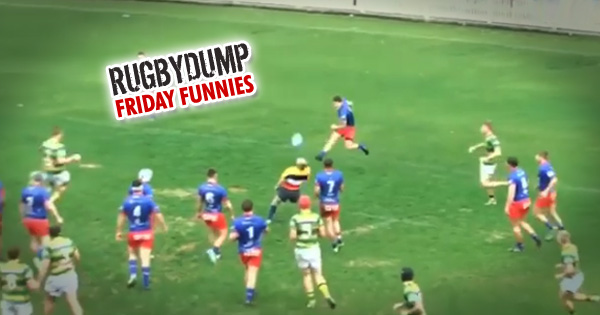 Referee Anthony Moyes will be heading to Rio for the Olympic Sevens, but last weekend he found himself on the wrong end of a Manly Marlins clearance kick that clipped him straight in the face, sending him to the turf. Let’s hope his positioning and reactions are a bit better in Rio!

It’s similar to the time Wayne Barnes got knocked down, and when Matt Toomua got ‘falconed’ in a Test match againt New Zealand. There was also that classic moment in Australia many years back, when a referee got knocked out by the ball.

Not to mention Cory Jane and Kurtley Beale both having their moments.

In Rugby League in 2008 there was also a crazy incident as Queensland’s Michael Crocker got hit by the ball and had to leave the field, concussed.

View more dangerous clearance kicks in the Related Posts below

Poor Moyes was actually taken out in 2013 too, as you can see below

credit: the other rugby show on fox sports | if video doesn’t play, view it here