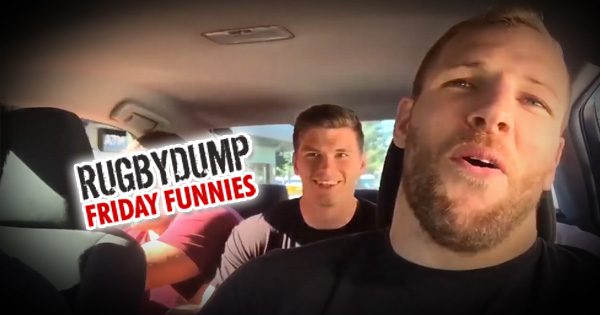 A month ago, while England were on their successful tour of Australia, we were treated to some behind the scenes footage in the form of James Haskell winding up northerner Owen Farrell. The first video proved to be really popular, so here is a compilation of all of them together.

Farrell gives it his best go but Haskell’s persistent attempts at bonding clearly get the better of him, with the archbishop of banterbury on top form during their adventures down under.

Of course it’s all just a bit of a character Haskell is playing, but it makes for amusing viewing and it’s nice to see that there is always a bit of time for shenanigans, even during a tense Test series.