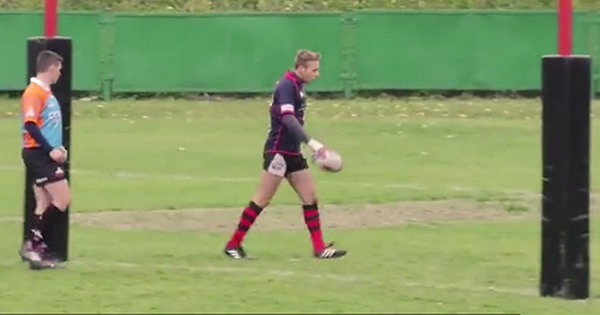 We had to share this, as we’ve all been in this situation. You beat the last man and casually stride in for the try as if you don’t have a worry in the world. Why would you? You’ve just created something special, but just as you are about to complete the memory by dotting the ball down… uh oh.

Okay so you probably didn’t ‘sidestep’ a defender by stopping, walking backwards then starting up again and running around him. And you probably didn’t get caught out when finally getting to the tryline. But if you did, we sure hope someone filmed it, just like these guys.

Thanks to Tytan Gniezno Rugby Club in Poland for sharing this with us! See more rugby funnies and fails in the Related Posts below this, and in our Funnies and See it To Believe It sections.