Gala score try within 11.14 seconds of match kick off! 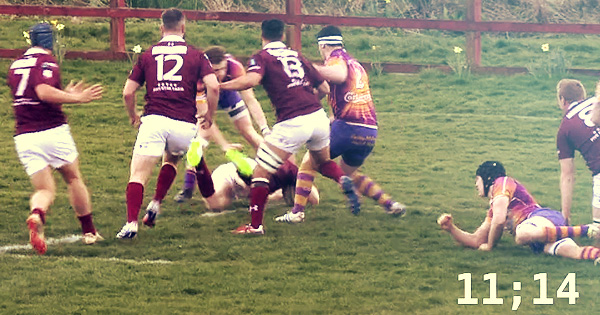 Gala scored one of the fastest tries in Scottish Rugby history on Saturday when they crossed the whitewash after just 11.4 seconds from the match kick off againt Marr. Frankie Robson was the tryscorer after collecting, feeding his number eight, then taking the return pass.

There was a bit of controversy about the kick off, with some saying that it wasn’t a legal drop kick, perhaps understandable in real time. But as the video shows, the ball did indeed touch the ground.

In terms of the quickest tries ever, there are only two that have ever been faster in the Aviva Premiership, with Lee Blackett at 8.28 seconds in 2008 and Tom Voyce at 9.63 seconds in 2004, while in 1999 Scotland’s John Leslie scored within ten seconds from kickoff in the Six Nations.

The current record holder in international rugby though appears to be Dafyd Howells, who scored for Wales U20 after just 7 seconds in the Junior World Championship in 2014.