Georgia: Are rugby's Tier 1.5 nation ready for another step up? 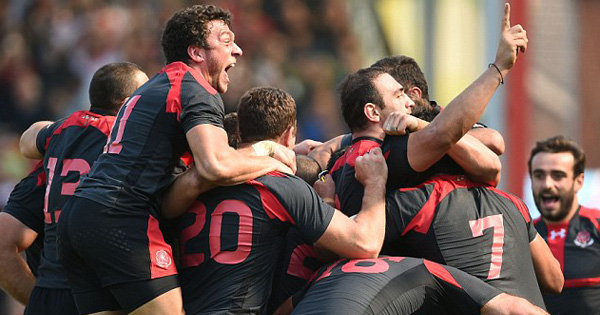 We’re living in a fantastic time for rugby. We have our well-established nations playing the game at unprecedented standards after 20 years in the professional era and, at the other end of the spectrum, we’re seeing the game grow globally to every far reaching corner of the planet.

You only need to look at the list of World Rugby member nations to see how far rugby has come.

Somewhere in between these two bookends however, are a selection of countries whose national rugby teams are in possibly the most exciting time of their development.

These are the teams who are just below boiling point; floating in the ether between “emerging” and genuine world-class contenders. 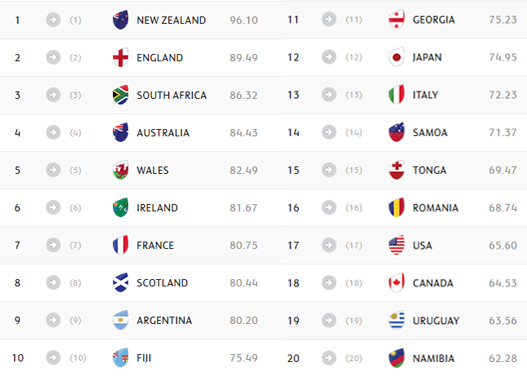 Take a look at positions 10 – 20 or thereabouts. You’ll find the likes of Japan, USA, and Canada. All nations that we’ve heard big things about and where we are finding major player prospects. Many considered ‘tier 2’ nations.

Sitting pretty above all of them however, is world rugby’s darkest horse: Georgia.

Lelo is an old Georgian folk game played on a large field with a ball and full contact elements similar to rugby. It seems that this isn’t the sole explanation however; more likely the strong and unique foundation that Georgia have built upon.

Rugby may have always been prevalent in Georgia, but never really been able to take off because all of their best players had to play for associated Soviet Union teams. Some repressed national anger at Soviet oppression – now we’re talking.

Cutting the history lesson short, after it’s detachment from the Soviet Union, some help from the IRB, and with the opportunity to play for an independent side, Georgia now boasts rugby as it’s most popular team sport.

Despite a rich history – albeit tarnished by politics – leading up to this point, Georgian rugby’s most exciting era is upon us right now. The culmination of what we saw in the 2015 World Cup and the recent success of the Under-20 side is pointing to a bright future for the lelos.

Georgia U20s may have only won their first U20 World Championship match against Italy a few weeks ago, but let’s not forget that they won the lower-tier World U20 Trophy in 2015.

And from that winning performance, they brought their most effective weapon. The video below shows a level of scrum dominance not seen since the rise of Argentina and their meticulously planned 8-man shoves a few years back.

And whilst the youngsters have their whole careers ahead of them, the hard work of current senior players may well be giving them a higher platform to play on than they had previously thought possible.

Hark back to last year’s World Cup and one name will certainly stand out: Mamuka Gorgodze. Or, “Gorgodzilla” as he’s come to be affectionately known.

The Toulon wrecking ball is just one of many Georgian Players perfecting their art in the Top 14 for some of the world’s best clubs (a fine example of which is featured below). And this progress is becoming more and more evident every time the Georgian senior side come together.

Georgia play in the European Nations Cup – what many think of as the Six Nations ‘B’ – and have won it every time for the past six years straight, as well as three other times on top of that.

Are Georgia now too good to be pooled amongst the “tier 2” nations? Is it time for a new challenge?

A number of sources ranging from Head Coach Milton Haig to The Economist believe so. They believe that Georgia should be the latest addition to the Six Nations tournament.

Georgia do currently sit two places above Italy in the world rankings. Do you think that Georgia is ready for the 6N? Does World Rugby need to reconsider a “tier” system as the international game changes? Is this the birth of “Tier 1.5”?

All questions that we don’t know the answers to. Please share your thoughts and opinions below.

Below is a video detailing Georgia’s success in the 2015 RWC and features a chat with Head Coach Milton Haig about his ambitions for the future.