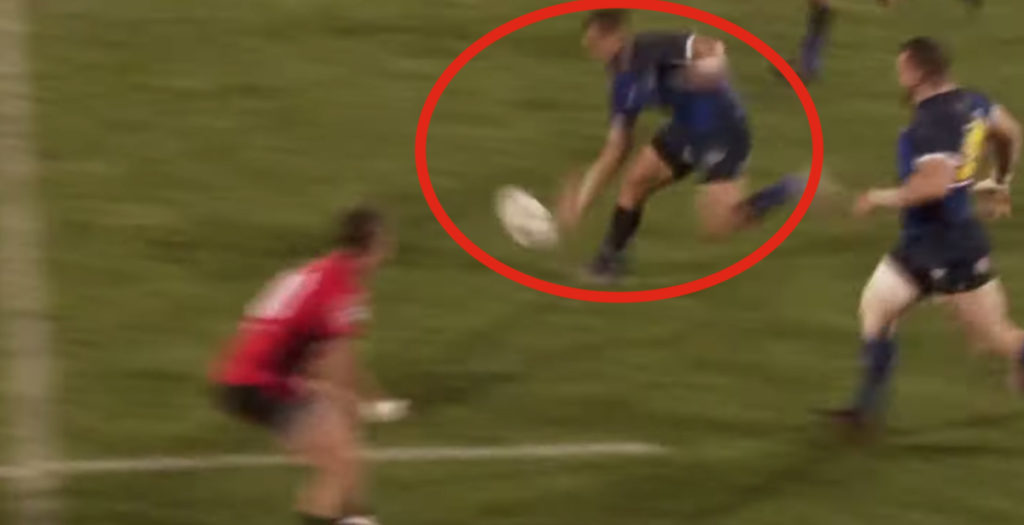 A remarkable pick up from Glendale Raptors full back Dylan Taikato-Simpson set up scrum half Shaun Davies for try of the week in Major League Rugby.

The try was one of many scored by the Raptors against the Utah Warriors in a game which saw them break their record points tally in the USA league.

Taikato-Simpson was born in New Zealand and had spells with West Harbour, CSM Bucuresti in Romania and Viadana in Italy before joining the Californian side.

San Diego Legion, Utah Warriors and Austin Elite also featured in the top tries from round 15 of the competition, which currently sees New Orleans Gold on top, three points clear with a game in hand.

But Taikato-Simpson isn’t just a one-trick pony, take a look at this piece of skill from earlier in the season:

👀 Dylan Taikato-Simpson back at it again with the no-look pass and winger Harley Davidson with the sublime finish.@glendaleraptors returns to action this Saturday at 9 p.m. ET as they welcome @SDLegion to @infinitypark. Fans can tune in LIVE at https://t.co/xUb9I4nlCX pic.twitter.com/fROWra3EZT