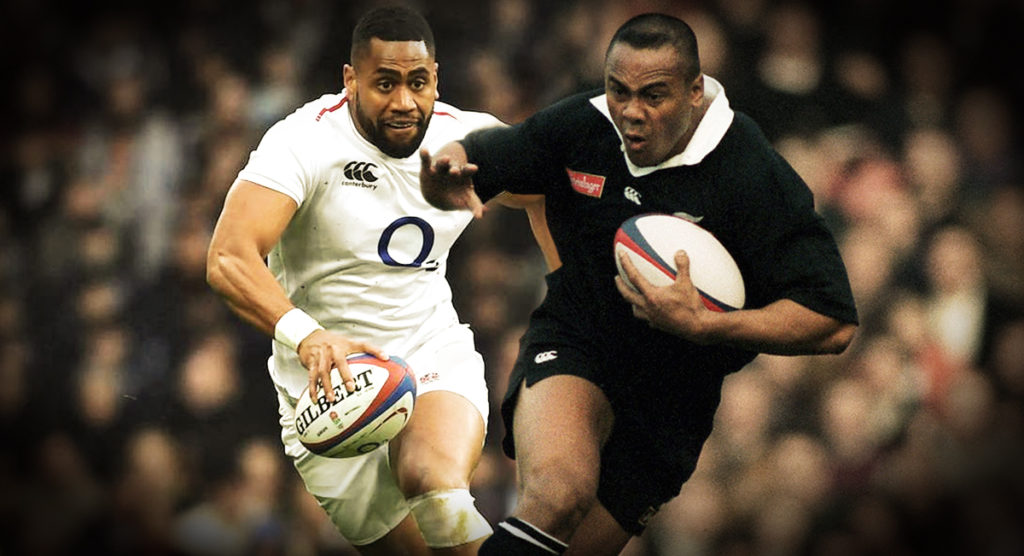 In light of various pundits comparing England winger Joe Cokanasiga to All Blacks legend Jonah Lomu, fans from all over the world have reacted on Twitter.

This comes after the 21-year-old’s Man of the Match performance against Italy in the Six Nations, where the powerful back simply looked unstoppable as he rampaged down the flank with the ball in one hand.

However, after only four caps in international rugby, many fans believe that this comparison is not warranted yet, as, after all, there have been plenty of players in recent history that have come and gone that have been compared to Lomu.

Of course, it is understandable where this parallel has come from, as Cokanasiga is physically very similar in terms of height, weight and speed, but whether the young England winger can replicate what the legend Lomu did is yet to be seen.

Even then, a lot of fans feel that the comparison with Lomu simply cannot be made, as he was such a unique player. This bold claim was abruptly dismissed by England manager Eddie Jones.

“That tells you why when you have the television on you should have the commentary down,” Jones said. “The guy has played two Tests. Lomu almost won a World Cup for New Zealand and changed the way the game’s played. So let’s get serious about it. We are not engaging in that sort of rubbish conversation.”

And it looks as though many fans agree with him.

somany amazing player’s are or were compared to Jonah.
However Jonah was Jonah his feats are legendary… pic.twitter.com/E64KhbpFvJ

Many fans are also highlighting the standard of opposition in why this comparison cannot be made. Italy are certainly not a team that tested ‘Big Joe’ in the same way that some of the top nations will.

On the other hand, Cokanasiga did put in an equally dominant display against Australia in the Autumn, where he was as dangerous, if not more. This goes to show that his performance against Italy was not a one-off. Nonetheless, many fans feel he needs to consistently perform as he did.

These comparisons also put unnecessary pressure on a player that is still very green in international rugby.

Although this is perhaps an easy comparison to make, it needs to be said with caution as young players do not need such a weight of expectation on them. This has been seen as another case of the English media getting ahead of themselves.

Bloody hell. It was against a piss poor Italian team. Revisit after a few more games

England fans: “we’re really not arrogant. We constantly put ourselves down.”

English media: “Cokanasiga is the next Jonah Lomu.”

Lomu is eternised as one of the icons of rugby, and it is nothing short of sacrilege to compare any player to him, such was the impact that he had on rugby. Cokanasiga is a hugely promising player, and could very well become a superstar of rugby. But many feel this comparison is one step too far at this point in time.