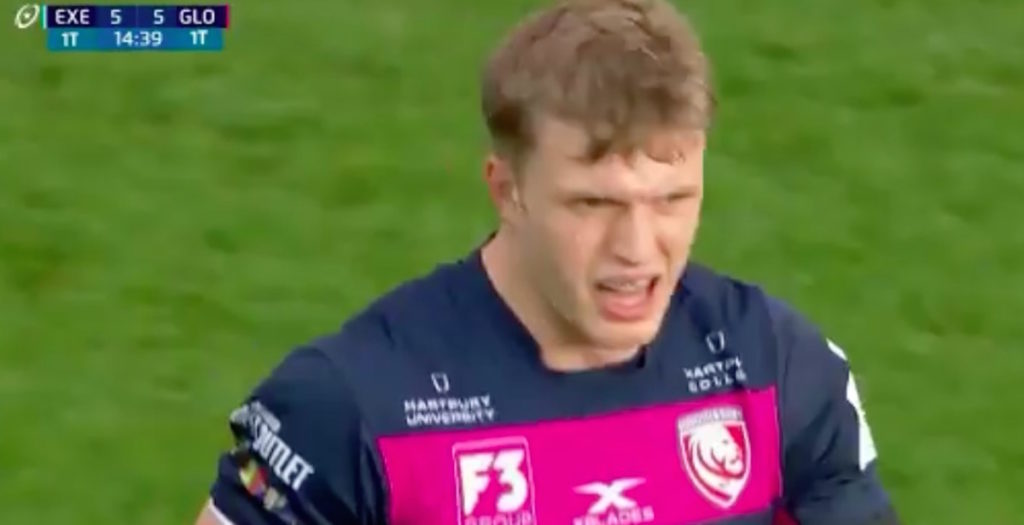 Gloucester winger Ollie Thorley was caught in a foot-race with Welsh international Alex Cuthbert after the youngster made a clean break from his own 22-metre line.

Thorley picked up a loose ball and beat Exeter’s Matt Kvesic with some neat footwork before breaking two tackles in midfield, leaving no one between him and the Chiefs’ tryline.

The 22-year-old found himself in a two-horse race with British & Irish Lions winger Cuthbert, who made a remarkable tackle on Thorley just five metres from the tryline. But the Gloucester youngster had the composure to find scrum half Willi Heinz with an offload who scored the visitors’ first try of the match.

Gloucester went on to win the match 19-27 at Sandy Park in round three of the Champions Cup, leaving the Cherry and Whites top of Pool 2 ahead of Munster’s game against Castre.

Thorley also impressed in the Premiership last month, winning try of the month for round seven for his solo effort against Leicester Tigers.

Gloucester will now host Chiefs in the return fixture next weekend at Kingsholm with the prospects of qualifying for the knockout stages looking evermore likely.