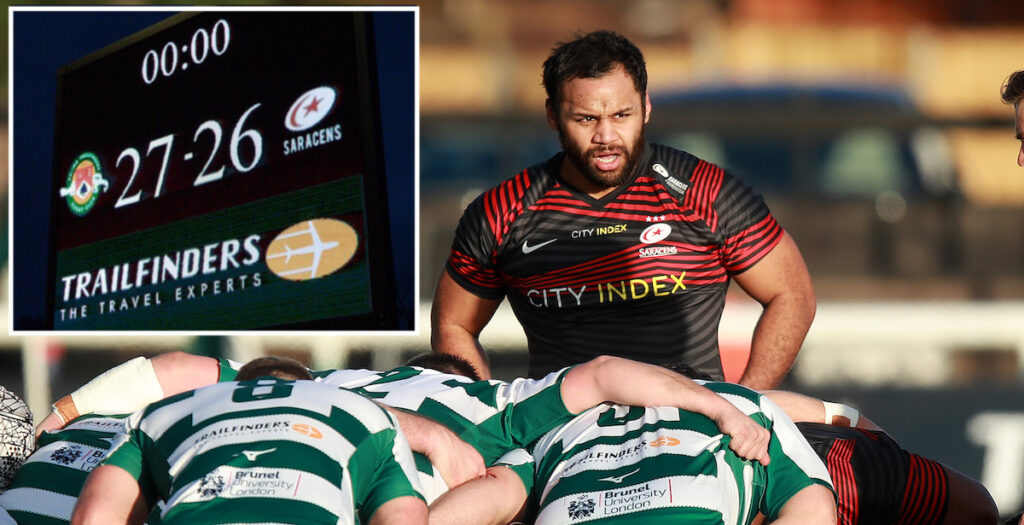 Fans have taken to social media to praise Ealing after they beat Saracens 27-26 in the opening game of the Ealing Trailfinders Cup on Saturday.

England star Billy Vunipola played the full 80 minutes at number eight but was unable to prevent the former European Champions going down to Ealing in west London as Eddie Jones watched on from the sidelines.

Sarries also had Scottish international Duncan Taylor in the centres among a collection of youngsters who were humbled by a brilliant Ealing performance.

The remainder of Saracens’ England contingent have been placed on bespoke training schedules akin to pre-season, with the aim of ensuring they are ready for the Six Nations opener against Scotland on February 6.

Interesting game in Ealing. Craig Hampson and Kieran Murphy particularly impressive for Trailfinders. Tom Whiteley should prove to be a really sharp signing for Bristol from Saracens.

What an amazing result for Ealing who will be looking to carry this form into the Championship when it eventually starts.@ealingtfrugby @Champrugby https://t.co/cB2HzACpWE

They have gained at least one new fan today.

Let that sink in for a second …

Talk about a fall from grace of the most monumental proportions

“A losing bonus secured at the death” pic.twitter.com/Kymy7Cv4NA

This fills me with overwhelming joy. HOPING that Saracens become the rugby union version of Sunderland! (7 internationals in Saracens starting 15 btw) https://t.co/xlgs5RrC6j

Work for it and prove it.

Missed the Hurricanes versus Blues live? Click on the image link below to re-watch the match with RugbyPass, your new home for Super Rugby Aotearoa in the UK, Ireland, Europe, Asia and the Middle East.

Maro Itoje broke up his week by asking England fans to tweet questions but he needed help from Ellis Genge on who bench presses the most.