Highlights of the Barbarians' midweek win over Ireland at Thomond Park 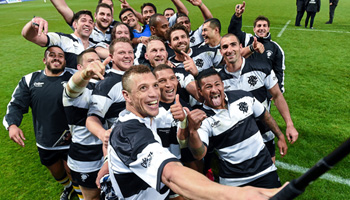 The Barbarians edged Ireland 22-21 in a non-cap international at Thomond Park on Thursday evening, with Wales winger Alex Cuthbert grabbing a brace as the invitational side claimed a win over Ireland by one point for the third time in succession.

Today the Barbarians played England at Twickenham, but were pumped 73-11, as flyhalf Danny Cipriani scored two tries and kicked 11 from 11, while Christian Wade scored a hat-trick. More from that match soon.