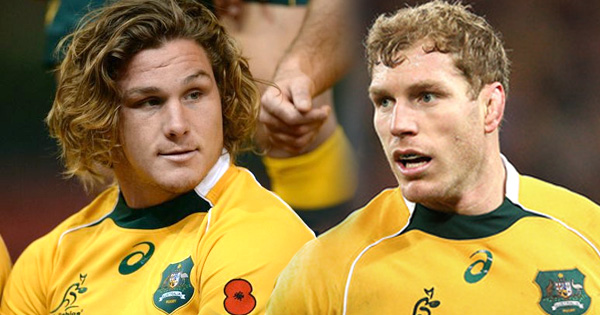 Australia will field a changed line up when they face the All Blacks in the Rugby Championship decider on Saturday night. For the first time in their Test careers, Michael Hooper and David Pocock have been named in the starting line-up together.

Pocock will wear the number eight jersey, while Hooper will be at openside flanker.

Wallabies Head Coach Michael Cheika said: “Australian Rugby is very fortunate to have some quality flankers competing for the number seven jumper. Both players have been in outstanding form for club and country this season and have shown their class in sharing the spot in the first two matches.

“They now have an opportunity to start a Test together which they are very excited about.”

Matt Giteau returns from injury for his first start against New Zealand since 2011. The 93-Test veteran will join Bernard Foley and Tevita Kuridrani in the Wallabies midfield.

Australia and New Zealand both sit on nine competition points on The Rugby Championship table, with the match this Saturday deciding the victor of the tournament for 2015.

'You wouldn't be jealous' - Huge pressure being placed on Liam Williams

Trevor Nyakane hadn't packed down at loosehead since 2016 but the Springboks front-rower switched seamlessly last weekend from tighthead.

Rugby Australia has concluded an investigation after complaints on the behaviour of its men's 7s team at the Olympics and on the flight home.

British & Irish Lions standby Danny Care has questioned Warren Gatland's selections ahead of the third and deciding Test of the Lions series.