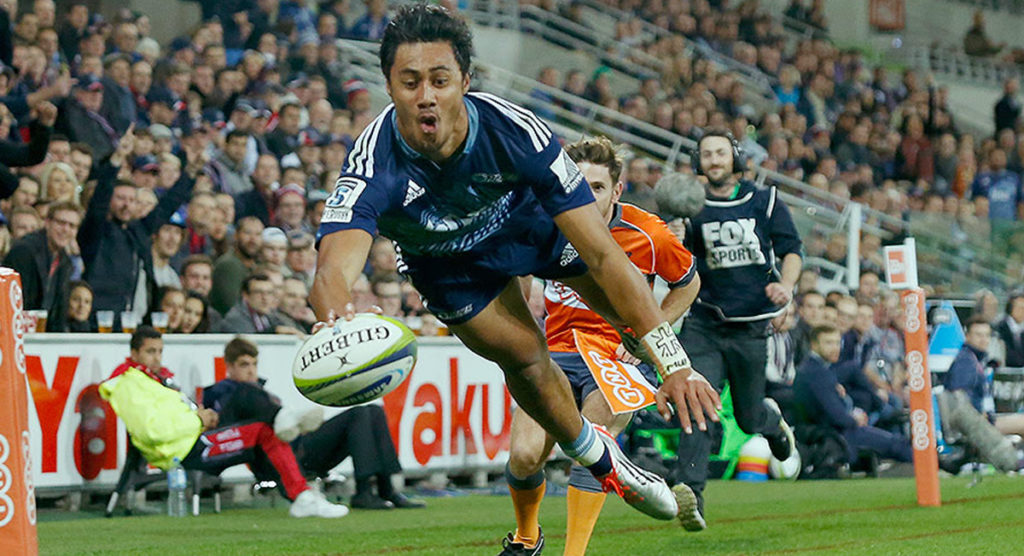 Worcester Warriors have confirmed that Blues and Auckland outside back Melani Nanai will be their fourth new signing for next season. The talented back showed a few great pieces of skill this past weekend in the opening round of Super Rugby.

Nanai, 25, is a member of the Blues’ current Super Rugby squad and he also helped Auckland win the Mitre 10 Cup Premiership last October where he played alongside Warriors lock Michael Fatialofa in the final against Canterbury.

Nanai and Fatialofa will link up again at Sixways next season after Nanai has completed his commitments in New Zealand and he is looking forward to playing in the Gallagher Premiership for the first time.

“I am really excited about the opportunity to test myself in the Gallagher Premiership and being part of what sounds like an exciting new era for the club,” Nanai said.

“I know a couple of players at Worcester Warriors and have only heard good things. I am excited about meeting the team and working with the coaching staff at the club.

“I will be forever grateful to Auckland, the Blues and New Zealand Rugby for what they have given me since I moved to New Zealand and it will be hard leaving so many great friends, teammates and family behind.

“My wife, Bridie, and I recently got married and we are expecting our first child, so it is going to be a very big year for my family and we are really looking forward to the start of this next chapter.”

Nanai played his part in one of the Blues’ best tries this past weekend when he put in some good defensive work then made this nice offload into space, leading to Akira Ioane finishing under the posts.

Melani Nanai, great signing for the @WorcsWarriors. Neat offload by him this past weekend vs the Crusaders pic.twitter.com/4Cq8euPUcP

Nanai was born and raised in Samoa and played Under-20s rugby for the national team. But he has made his name in New Zealand rugby, first with Auckland, who voted him Development Player of the Year in 2014, and then with the Blues.

Nanai also played for the Barbarians in their 31-31 draw with South Africa at Wembley in November 2016.

With his clinical finishing and ability to beat a man one on one, he’s sure to be a favourite in the Premiership.

Here is a small glimpse of him in action.