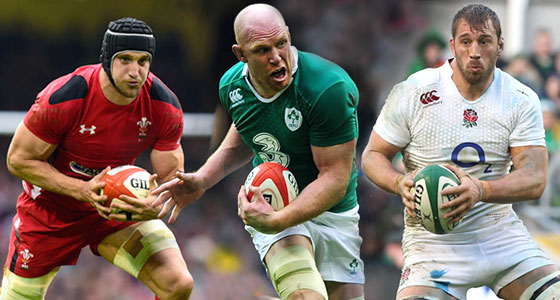 Wales’ win against Ireland on Saturday coupled with England’s victory over Scotland means that this years six nations will be a three-way race between those two and Ireland.

All the teams are deadlocked on 6 points with three wins each, however England’s superior points difference of 37 see’s them on top of the pile against Ireland’s 33 and Wales’ 12.

Wales kick off the weekend round of matches with their game against Italy. Their recent form has sure made up for their poor start to the campaign with wins against Ireland, France and Scotland giving them an outside shot at the title.

Wales go to Italy knowing that they must win, and win comfortably if their outside shot of the title is to be realized, this will be no mean feat with Italy showing that they poses a real threat after their win against Scotland. However this could all be scarpered should either Ireland or England win their respective games.

Whilst Ireland’s chances of a Grand Slam may have vanished following their defeat to Wales, they still possess a strong chance of winning the Six Nations. They face a Scottish side that is yet to win a game this tournament though their own confidence might be wounded following their recent loss.

Ireland have the benefit of knowing how Wales did but with England kicking off after them will be in the tricky situation of not knowing whether to push for points or just stick with the win.

England’s superior points difference puts them as slight favourites to lift the trophy and they need nothing less than a win against France to seal the championship. Along with the win they must be sure to secure a sufficient margin should Ireland win and Wales put the hurt on Italy.

They have the benefit of knowing what is needed due to their later kick off but a resurgent French side will be no pushovers.

France in fact actually maintain a very distant shot at the title should both Wales and Ireland lose and they defeat England at Twickenham, they are currently 4th on a points difference of 22. Whilst nothing is impossible the French will need more than a hint of luck to win this years Six Nations.

It promises to be one of the most exciting last rounds of rugby this Saturday and one that is sure to have a few twists and turns as the day goes on!

Who do you think is the favourite to take the title?