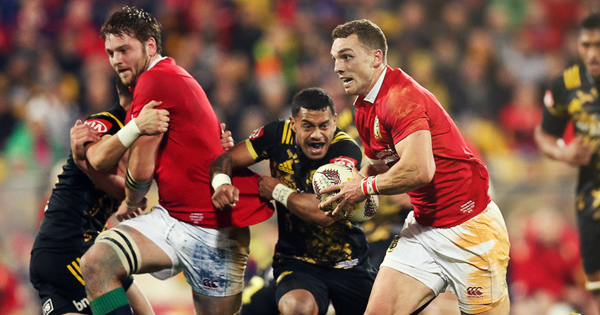 The Hurricanes fought back twice to draw 31-31 with the British and Irish Lions in a thrilling game of tour rugby earlier today. The Lions had led 23-7 at halftime before the hosts came back into the contest, thanks in part to a yellow card to impressive second rower Ian Henderson.

The Irishman was yellow carded for a dangerous lifting challenge with fifteen minutes left in the game, and the scoreline set at 31-17 to the Lions.

“It was a penalty to us, which ends up being a penalty reversed and a yellow card; that’s the game really. Okay, we’ve ended up drawing, but it’s disappointing because we were in such control of it,” Lions coach Warren Gatland said post match.

“We went from the period of having 68 per cent territory and possession to about 25 per cent, so it was a massive swing in the game and disappointing we ended up with the yellow card.

“Particularly with the [fact] he referee had looked at it, he thought it was a penalty and he was asked to look at some different angles [on the big screen] and eventually made the decision to give it as a yellow card.”

It ultimately proved costly, as the hosts stormed back into contention and then had a player penalised themselves close to the tryline, giving the Lions another crack at it.

Dan Biggar showed courage after being peppered with bruising runs by powerful centre Ngani Laumape all night, and after a brilliant rip and steal at the death, he had a shot at the dropgoal for the win on fulltime.

The Lions forwards showed their power up front, but flanker James Haskell said afterwards that they were disappointed at letting a team of that quality back in the match.

“We should have won today. For a lot of us it’s the last time we’ll pull on that red shirt, for myself personally.. All the boys left nothing out there and that’s all you can ask,” he said.