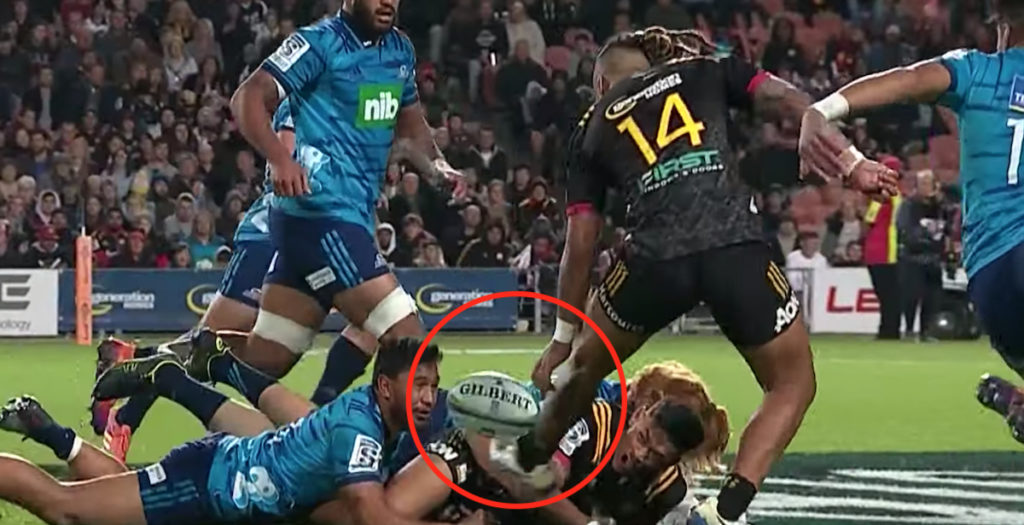 Chiefs winger Sean Wainui produced a moment of incredible skill against the Blues in Super Rugby in the build up to their fourth try of the game.

Wainui’s fellow winger Solomon Alaimalo drew two defenders before attempting a late offload which headed straight towards the ground. Wainui then instinctively used his foot to scoop the ball into his arms which outfoxed the Blues defence.

Wainui made a clean break down the middle of the field which eventually lead to a second try for flanker Lachlan Boshier in the 64th minute.

The Chiefs went on to win the thrilling game 33-29 in Waikato despite a brace of tries from All Blacks legend Ma’a Nonu for the visiting side.

Waiui’s piece of individual brilliance is reminiscent of Racing 92 full back Simon Zebo in 2014 – remember this?

Despite this remarkable win, the Chiefs remain bottom of the New Zealand conference after nine rounds of this year’s Super Rugby competition.