Incredible stats illustrate how kicking has changed in rugby 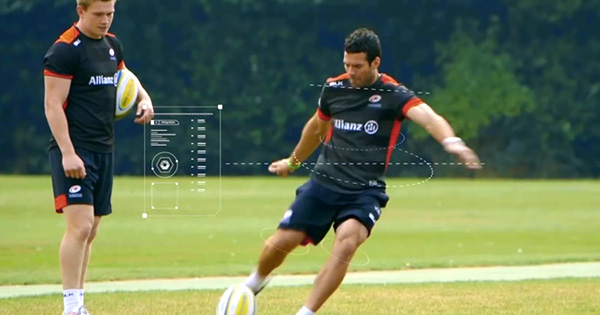 The latest in the Ricoh Rugby Change Series focuses on kicking in the modern game and how relevant the practice has become in the face of better attacks.

With the same insight from the likes of Ben Kay, Jim Mallinder and John Kingston, this video looks at the apparent demise of kicking from hand, which is explained by the increase in confidence of the attacking side to keep the ball in the red zone.

In an ironic twist considering the events of last weekend’s 6 Nations matches, the guys are also asked why the drop goal has seemingly disappeared as a tactic from the game.

The consensus is that only in the closing stages of a tight match, or when a side is playing a penalty advantage, will a drop goal be deployed, as was the case when Jonny Sexton increased Ireland’s lead against France in Dublin.

It marks a stark contrast to the early 2000s when drop goals were seen as a popular and easy way of building a score. Famously Jonny Wilkinson and South Africa’s Jannie de Beer used this technique to great use in their playing days.

The age of professionalism has certainly helped the skill of place kicking, with the average percentage of success increasing year-on-year. The importance of this is perhaps the only common denominator across the ages, with matches often decided by a conversion or penalty attempt.

The secret to better kicking? Practice, practice and practice.