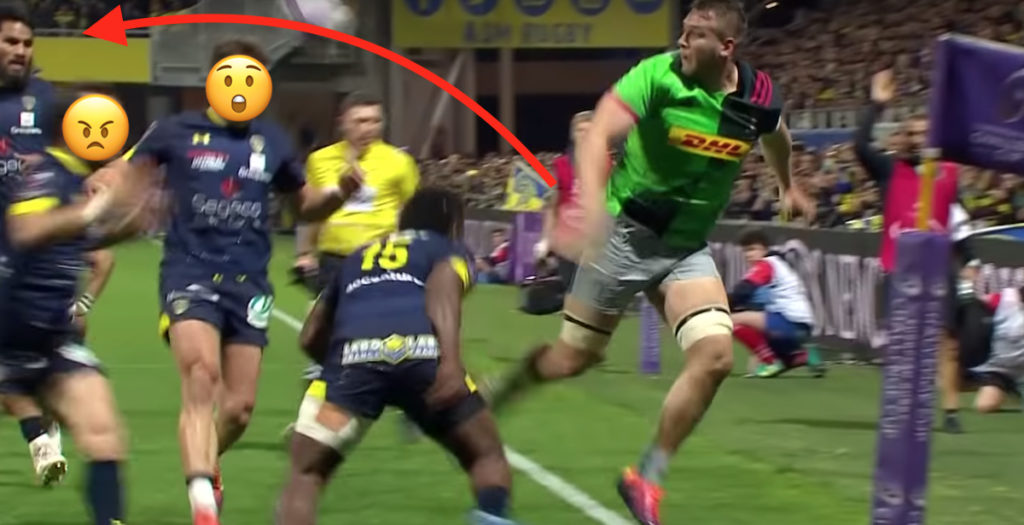 Harlequins showed moments of exhilarating rugby as they pushed Clermont to the very end in the semi-final of the Challenge Cup at Stade Marcel-Michelin.

Despite some late tries by the visitors, Quins lost the game 32-27 but produced some outstanding moments including this Fijian-looking move on the left touchline:

The initial offload from Francis Saili put number eight Alex Dombrandt into space on the left wing who, after bouncing the Clermont full back, threw a Sonny Bill offload back in field to Ross Chisholm for the try.

Although the TMO ruled out the try for Dombrandt’s toenail brushing the touchline, Quins showed try-scoring intent throughout the whole match.

The London-based side came away with four tries, double the amount of Clermont but ultimately were knocked out of the competition.

Full match highlights are available below but may only be available to UK readers: