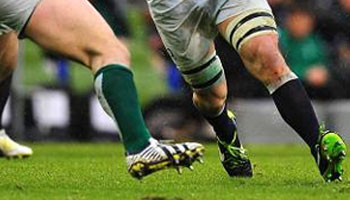 Behind every great rugby captain is a fantastic pair of boots, which help bring the best out of the player on the field. Here is a look at the three captains of the home nations and the footwear that they don for every game.

Chris Robshaw
Title – England captain
Current domestic squad – Harlequins
Position – Back Row
International career highlight – Leading England in their 38-21 victory over New Zealand at Twickenham in December 2012 – a triumph that not only resulted in England’s biggest win against the All Blacks, but also brought an end to their rival’s 20-game unbeaten streak.
Chosen footwear – 2013 represents the sixth straight year that Robshaw has worn Nike rugby/football boots and equipment on the rugby field.

Sam Warburton
Title – Wales captain
Current domestic squad – Cardiff Blues
Position – Back Row/Flanker
International career highlight – Becoming the youngest player to captain Wales at a World Cup, with the 2011 edition of the tournament seeing the country progress all the way to the semi-finals.
Chosen footwear – Warburton became one of the first people in the world to try out the Adidas 118 Pro rugby boots on the field, with the footwear being praised for their “Complete Comfort. Superior Support. Total Traction”, according to the well-known sports brand.

This article was provided on behalf of Millet Sports, which stocks a wide variety of rugby boots, including the newest pieces of footwear from Adidas and Asics.