Jaguares turn into Argentina to beat Italy in once off Test 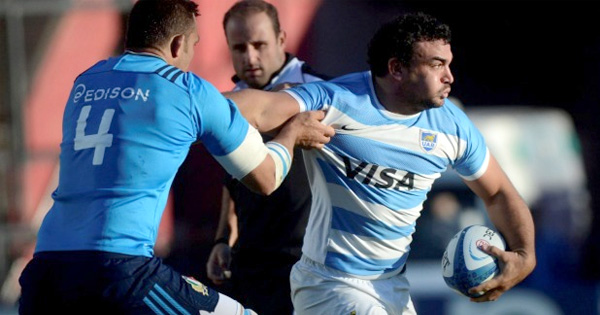 Argentina beat Italy for the sixth time in succession as they held on for a 30-24 win in a once off Test in Santa Fe on Saturday. It was new Italian coach Conor O’Shea’s first match in charge, but he opted to rest regular captain Sergio Parisse.

The former Harlequins coach replaced Jacques Brunel on a four-year deal and had to contend with a strong Argentina team, fresh from Super Rugby and featuring exclusively Jaguares players.

When Brumbies scrumhalf Tomas Cubelli replaced Martin Landajo, it was the first time there was a player on the field for Argentina that doesn’t play for the Jaguares.

Nicolas Sanchez kicked 20 points from six penalties and a conversion as both sides scored two tries apiece, with Manuel Montero and Matias Moroni scoring for the hosts, while Leonardo Sarto and Simone Favaro scored for Italy. The latter came in the 68th minute to provide a tense finish.

“Today I saw a team that played with heart for 80 minutes,” said O’Shea.

“The team’s desire to recover, the spirit they showed should make us proud. Our journey together has begun, we will become a winning team.”

Argentina face France next in the first match of a two-Test series in Tucuman, while Italy travel to San Jose to take on the USA.