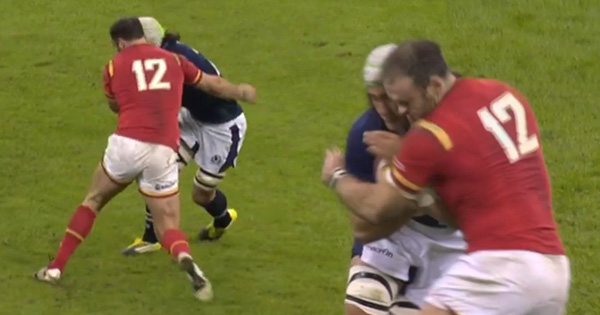 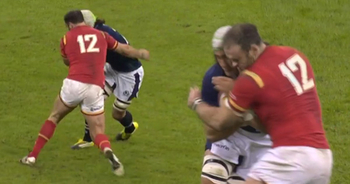 Wales’ tight 27-23 victory over Scotland in Cardiff in the 6 Nations was arguably the pick of the action from the weekend. It was also a brutally physical encounter, and one which took its toll on a number of players.

Among the casualties was Scotland flanker Blair Cowan, who came off after a head-on-head collision with Welsh centre Jamie Roberts.

And while it was deemed a perfectly legal hit from Roberts, who walked away unscathed, Cowan had to leave the field to undergo a Head Injury Assessment (HIA) to determine whether any concussion occurred.

It also came on the weekend when a new documentary was released by former Scotland international and key concussion spokesman John Beattie, highlighting the dangers and long-term effects of the serious impacts rugby players have to endure.

Cowan stayed off the field having suffered a concussion. He will be subject to the graduated return to play protocols in place with his club, London Irish.

In 2008 Roberts famously clashed heads with Stirling Mortlock then stayed on the field for another 15 minutes, before a headache set in and he later found out that his skull was fractured.

What is your take on this tackle, and what measures should be taken to reduce concussions in rugby? Let us know your thoughts as a comment below