Jerome Kaino issued warning for dangerous off the ball tackle 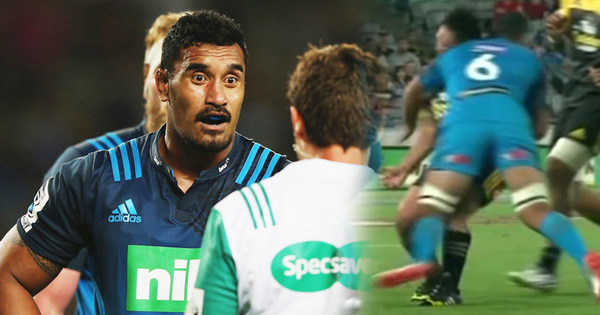 Jerome Kaino has been given a Citing Commissioner Warning for an off the ball tackle he made earlier today against the Hurricanes, in the opening game of round three of Super Rugby. Kaino was only penalised at the time, but hooker Leni Apisai went off straight after the knock.

Kaino was warned after contravening Law 10.4(e) Dangerous tackling around the head.

He went for Apisai, thinking that the Hurricanes hooker might receive the ball on the inside, but went through with the tackle regardless, making contact way too high in the process.

All Black flanker Kaino actually missed the opening round of Super Rugby due to being sent off in a warm up match against the Chiefs. On that occassion he received a straight red card for punching Pauliasi Manu. While it looked like he was trying to free himself, it connected with the face.

Below is the incident from a few weeks ago, with today’s tackle looping above