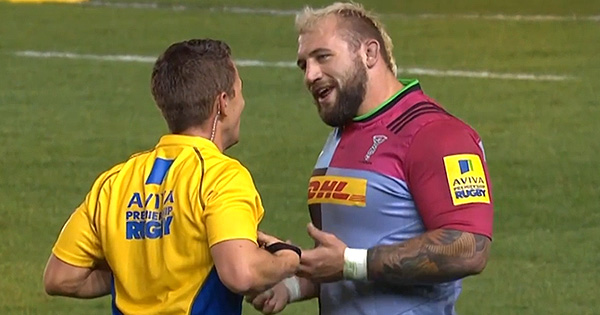 England’s players have returned for the start of the Aviva Premiership following their early exit from the World Cup, and while it’s mostly back to business, for some the pain and frustration is clearly still just under the surface. Here’s a look at a great bit of chat between prop Joe Marler and referee Luke Pearce, and a hilarious explanation for a late tackle.

It’s not the first time Marler has had an amusing chat with the referee. Remember the time he questioned Andrew Small’s choice of footwear? Perhaps on that occasion he had a point.

Harlequins went on to beat Wasps 26-21 at the Twickenham Stoop. Match highlights here