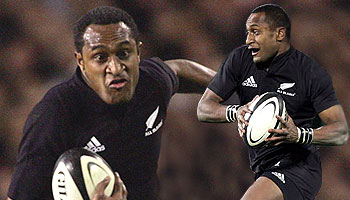 
He migrated to New Zealand with his family at the age of 5, settling in South Auckland, and attending James Cook High School.

He later won a scholarship to Saint Kentigern College, where he was a member of the 2001 National Secondary Schools team.

After an outstanding career with New Zealand international sides at under-16, under-19, and under-21 level, he started playing Super 12 rugby for the Blues in 2003.

Rokocoko is known for his speed and strength which has accounted for his incredible try strike rate. He is a specialist left-winger but has occasionally played on the right wing for New Zealand to accommodate another left-wing specialist, Sitiveni Sivivatu.

At such a young age, he is already a legend of the game who has loads more to offer in the upcoming years. Enjoy this fantastic tribute compilation.