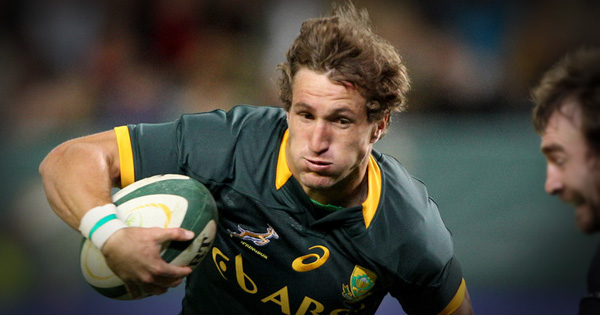 Allister Coetzee has named his Springbok team to take on Argentina in the opening weekend of the Rugby Championship on Saturday. The starting line up includes returns for Bryan Habana, Johan Goosen, Oupa Mahoje and Lood de Jager.

Prop Julian Redelinghuys will earn his first start for the Springboks, after having previously been capped four times off the bench. He comes in at tighthead as replacement for the injured Frans Malherbe, who is struggling with a neck injury.

Lock De Jager has recovered from the calf injury he sustained against Ireland in June and takes over the No 5 jersey from Pieter-Steph du Toit, who will provide cover from the bench.

The third change in the pack sees the return to the starting line-up of Mohoje as replacement for Siya Kolisi, who recently underwent ankle surgery.

In the back division, Springbok record try scorer Bryan Habana will run out in his 118th Test after he was named as left wing, while he was also confirmed as the Springbok vice-captain.

The versatile Goosen, who is equally at home at flyhalf and centre, has been entrusted with the fullback duties, the same position where he played in his previous outing for the Boks, in 2014 against Italy.

“Argentina are one of the leading rugby nations if you consider that they have reached the semi-finals of two Rugby World Cups,” said coach Coetzee.

“They are renowned for their strong scrummaging and mauling, very good defensively and have developed an attacking style of play which will test our defence.”

Full press conference with comments from Coetzee and Habana (17mins)