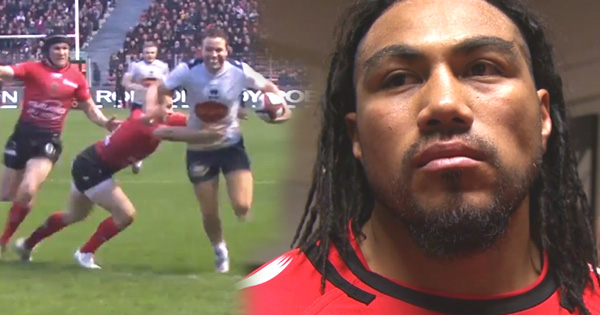 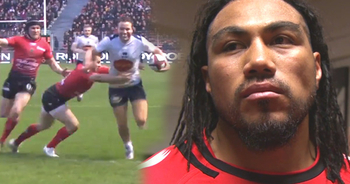 Ma’a Nonu made his Toulon debut this past weekend as the powerhouse European outfit scored eight tries to beat Agen 53-16 at Stade Felix Mayol. The visitors scored arguably the try of the game though, so here’s a look at that, plus a highlights wrap.

The story of the match was naturally the Nonu debut, as the double World Cup winner formed an imposing midfield partnership with massive Mathieu Bastareaud. It was Nonu’s first game of rugby since the RWC final, in which he scored a stunning try to help his side to victory vs Australia.

Now, due to the setup at Toulon, he has some of the then opposition players on the same side, as he can call Matt Giteau and Drew Mitchell teammates. Not to mention Quade Cooper, who came on off the bench later in the game.

“It was good. It’s a beautiful crowd out there, good fans. It’s my first game and I felt a bit rusty,” said Nonu of the debut. “It’s been a long week, I’ve just found a house. But we’re professional footy players so that’s what we do and I hope to play better next week.”

After Toulon had powered to some push over tries up front, Agen hit back in the second half with a stunning effort following a lost lineout ball by the hosts. The ball was spread wide and South African Johann Sadie provided the finishing power to score a memorable try.

It brought the scores closer but a flurry of tries pushed Toulon out into an unassailable position.

Toulon host Leinster in the next round of the European Champions Cup next weekend.

Below is the Sadie try, with raw audio, followed by a full highlights wrap