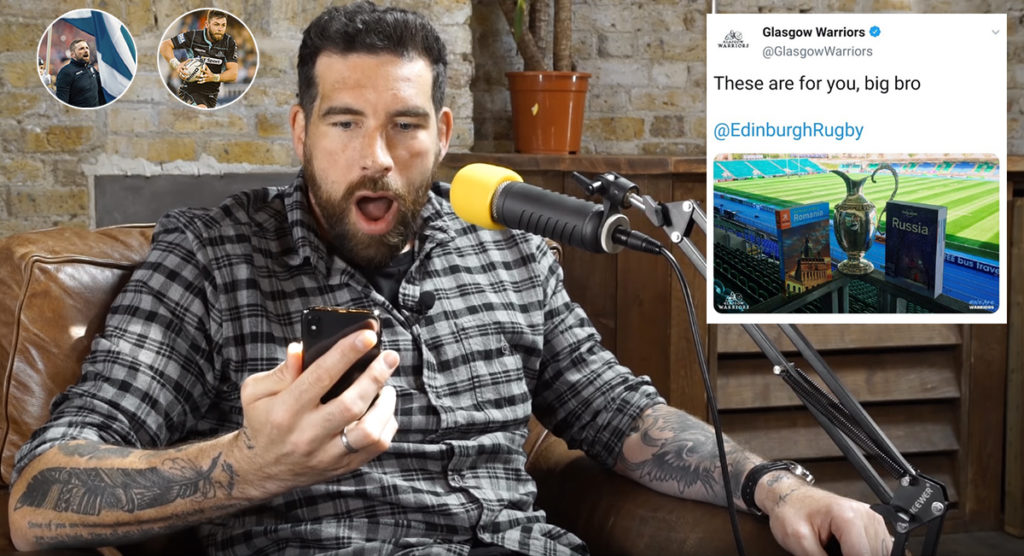 Scotland and Edinburgh flanker John Barclay has called out rivals Glasgow Warriors after a Tweet they recently deleted. Jim Hamilton weighed in with his opinion too, and that may be just the beginning.

The Warriors defeated Edinburgh last weekend in Glasgow, ending Richard Cockerill’s side’s chance of qualifying for the Champions Cup next season. As a result, the Warriors sent a Tweet to their rivals with an image of tourist guides to Romania and Russia, as Edinburgh will now be visiting those countries in the Challenge Cup.

Glasgow swiftly deleted the Tweet, but former Scotland captain Barclay uploaded a screenshot of it, asking why they did.

There is no doubt that Glasgow posted this as a joke, as has Barclay in all likelihood, but they certainly did not come across as magnanimous in victory.

Scotland international and Glasgow star Ryan Wilson took to Twitter to respond, by saying it was Edinburgh asking for the image to be taken down, accompanied with a picture of a man dressed as a baby.

Barclay may well have started a bit of Twitter war on this occasion, although it’s hopefully all in good spirits.