That John Bentley wonder try against Gauteng in 1997 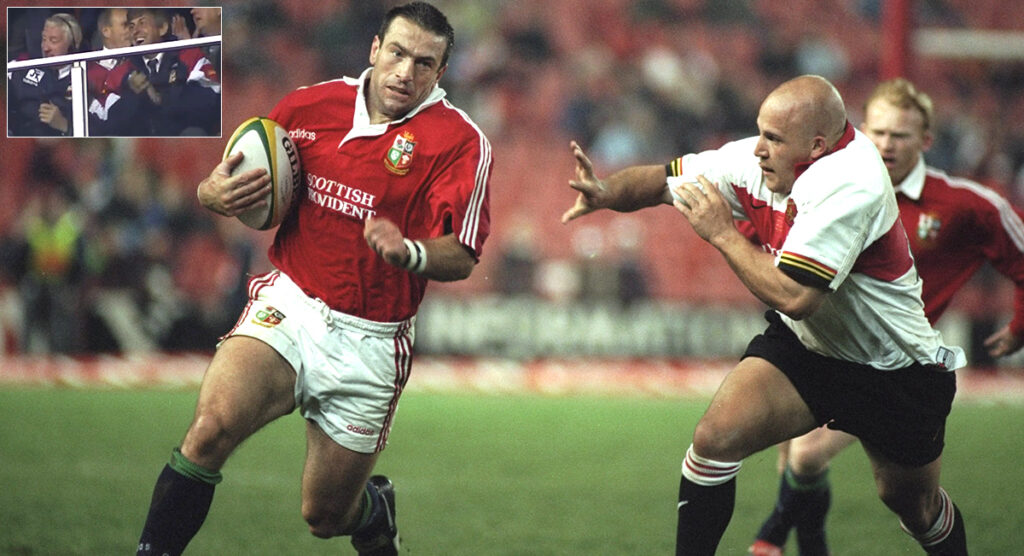 Since posting the British & Irish Lions Behind the Scenes clip, featuring Rob Howley’s injury against Natal in 1997, there were a number of requests for this brilliant try that was scored by John Bentley on the same tour of South Africa.

Despite footage being surprisingly rare, we’ve managed to get a version of the try to share with those who have fond memories of it, as well as those who have never seen it before but really need to.

It was a special try scored by a man who off the field was quite a character. He was the life of the party, a real entertainer. Famed for being the joker on the tour, he did wonders for the team spirit amongst the boys from the British Isles on their historical tour back in 97.

Bentley started in Rugby Union, being capped by England way back in 1988. He then took up League, which was professional in those days, and soon made the Great Britain team. When Union turned professional itself, he then came back, playing for Newcastle in 1996 before being selected for the British & Irish Lions tour of South Africa.

He wasn’t necessarily a first choice player, so took his chance with open arms when given it against the Gauteng Lions – now just called the Lions.

His 70-meter effort where he seemingly ran through and around virtually the whole team, will go down in Lions history as one of the most memorable tries ever scored.

It was a special moment on the tour and a great solo run from a long way back. For those who witnessed it live 11 years ago, myself included, it is a try that will never be forgotten.