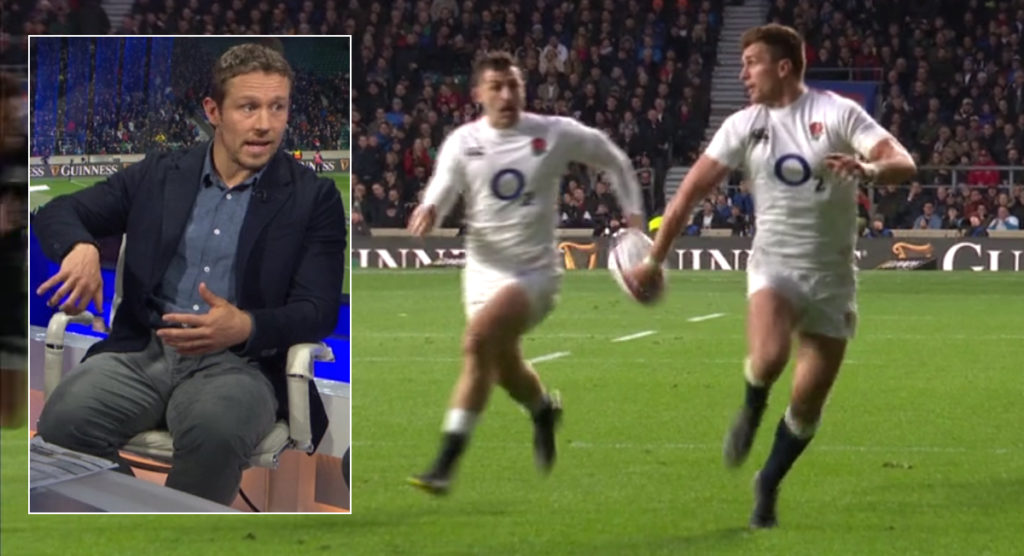 Jonny Wilkinson’s half time thoughts on England’s great performance, albeit premature, provided some interesting analysis on how they shot off to a 31-0 lead in Saturday’s entertaining Six Nations clash at Twickenham.

Of course, Scotland famously came back to lead 38-31 before conceding a late try as both teams shared the honour of playing out the highest scoring draw ever in Test rugby, 38-38.

World Cup winner Wilkinson’s views on the dummy runners, energetic support play and one-handed offloads made for interesting viewing, regardless of the outcome.

“It’s become the new two-handed pass,” Wilkinson said of the prevalance of one-handed offloads. “To play the modern game now, you have to be able to function just as well with both hands independantly, singly, so you can use your hand off, you can create space, you can draw players in.”

With the draw, Scotland retained the Calcutta Cup, the annual trophy contested between the two rivals.