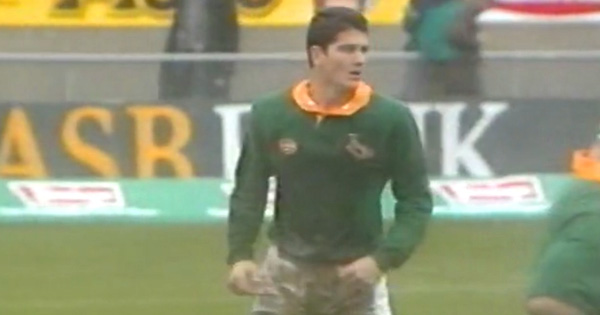 As the rugby world mourns the loss of the great Joost van der Westhuizen, we’ve seen a number of emotive tributes online. While Joost scored 38 Test tries, he scored an impressive amount in tour games too. Here is a quick look at one such try from 1994.

Van der Westhuizen played 89 Test matches for the Springboks, but when you count tour matches, he actually represented his country 111 times. In that time, he scored 56 tries, meaning that outside of Test matches, his try scoring record is 18 tries in 22 tour matches.

A year after making his debut for South Africa, JVD was on tour in New Zealand. Above is a look at one of his typically opportunistic efforts, scored in just 16 seconds from kickoff against Otago.