Josua Tuisova makes rugby look easy, this time setting up a try from No8 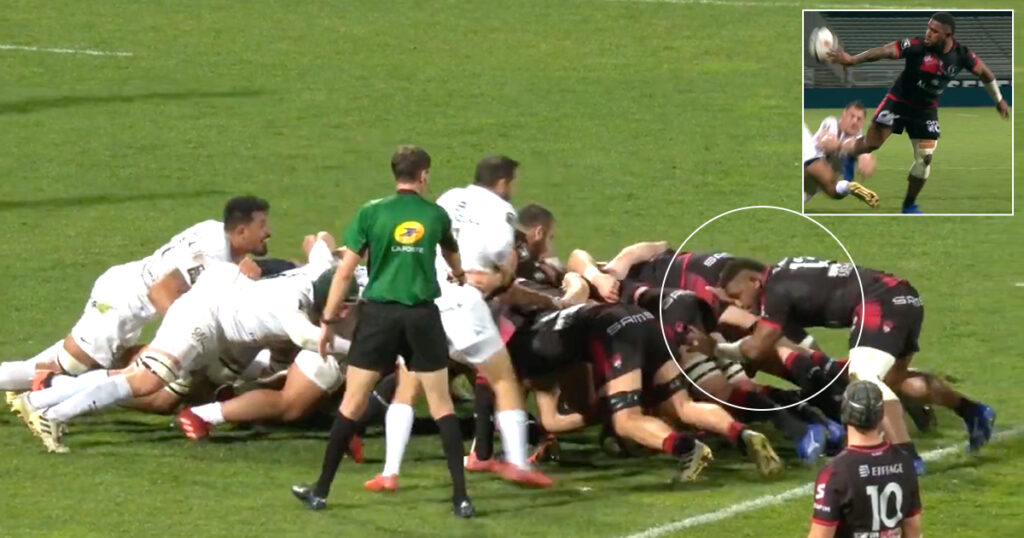 The Fijian, who has developed a fearsome reputation across Europe as a powerful winger or outside centre, briefly packed down at No8 for Lyon against Toulouse on Saturday.

Though this was only a temporary move while they were a man down in the pack, the former sevens star was able to put his pace to good use, and exploded from the base of the scrum in Toulouse’s 22 and offloaded to Toby Arnold to set up the second try of the match.

Lyon retook the lead with that try, and went on to win the match 31-23, so this was a pivotal intervention form Tuisova, who started the match at outside centre.

This is not unfamiliar territory for Lyon, as the club have also fashioned Mathieu Bastareaud into a No8 over the past year. The 32-year-old earned all 54 of his France caps as a centre but flirted with a positional switch while with Lyon as a medical joker in 2019, before rejoining them after a stint with Rugby United New York.

The Frenchman was quite similar to Tuisova stylistically during his days as a full time back, and the Fijian may have provided a glimpse of things to come later in his career.

WATCH: Josua Tuisova video savagely demonstrates why he might be the most powerful runner in rugby today

At the age of 27 though, Tuisova still has plenty more to offer in the wider channels of the field, and the pace he exhibited from the base of the scrum is a clear indication that he is still of greater value with a No11, No14 or No13 on his back.

Tuisova’s compatriot and La Rochelle star Levani Botia is another player who can shift between playing flanker and centre in what could become a growing trend in the game.

Chiefs bring in star Under 20s centre as injury replacement

While the Chiefs haven't been hit quite as cataclysmically hard by injuries this season as they were in 2020, they've not escaped from the curse altogether. A replacement has now been called into the squad for midfield Quinn Tupaea.