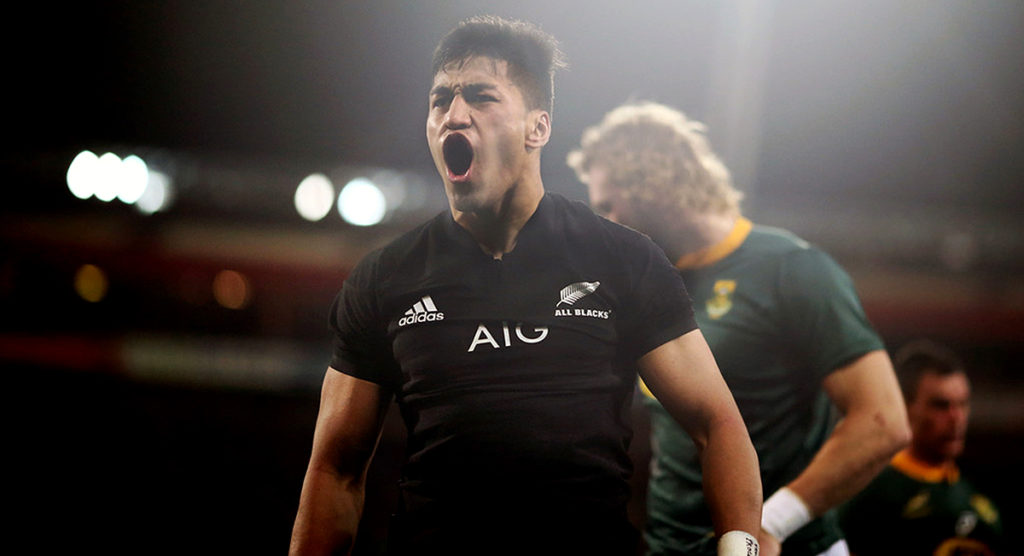 World Rugby has announced the shortlist for the prestigious Men’s 15s Player of the Year award for 2018, which will be presented at the World Rugby Awards at the in Monte Carlo on 25 November. The southern hemisphere heavy list features four backs and one forward.

Following a stellar year for international rugby, the shortlists for the ultimate accolade feature players who have excited and inspired fans around the world with their feats in 2018.

The nominees for World Rugby Men’s 15s Player of the Year are:

Fans and media have been able to have their say on the players who have stood out for them in 2018 and now international captains and coaches will join the panel for one final vote to determine the winners of the prestigious award.

BEAUDEN BARRETT (NEW ZEALAND)
The 27-year-old could become the first player to win the prestigious accolade three years in a row after another impressive season in the All Blacks No.10 jersey. Barrett has scored seven tries in his eight tests in 2018, six of them in the Bledisloe Cup series against Australia, including a record four amid a 30-point haul at Eden Park. The attack-minded fly-half, who is equally at home at full-back, has continued to torment defences with his instinctive play this year, helping New Zealand win the series with France and defend the Rugby Championship title.

FAF DE KLERK (SOUTH AFRICA)
The scrum-half returned to the Springbok jersey after missing the 2017 test season and quickly made himself indispensable to new coach Rassie Erasmus, showing why rugby is a sport for all with his ferocious defence and fearless play despite his small stature. The 27-year-old played virtually every minute of South Africa’s Rugby Championship campaign, scoring tries against Argentina and Australia and proving a constant thorn in the side of his opposite numbers across his nine starts.

RIEKO IOANE (NEW ZEALAND)
Ioane, the youngest of the nominees at only 21, is shortlisted for the second year in a row, having also been named World Rugby Breakthrough Player of the Year in 2017. The All Blacks winger is the top scorer in test rugby in 2018, crossing for 11 tries in his eight starts to take his career tally to an impressive 22 tries in 21 tests. Blessed with quick feet and power, Ioane’s quick acceleration means he doesn’t need much space to go around – or through – defenders.

MALCOLM MARX (SOUTH AFRICA)
South Africa’s dynamic ball-carrying hooker has played the fewest tests of the nominees with only six, having missed the Wales test and series win over England in June through injury. With five starts and a try in the win over New Zealand in Wellington, the 24-year-old has picked up where he left off in 2017, combining athleticism, power, pace and a wide skill-set in attack with the breakdown skills to turnover many a ball for South Africa.

JOHNNY SEXTON (IRELAND)
The oldest of the nominees at 33, Sexton has been at the heart of Ireland’s climb to second in the World Rugby Rankings on the back off a Six Nations Grand Slam and first series win in Australia for 39 years. The veteran fly-half, a calming presence in the Irish backline, began the year by kicking a last-minute drop goal to secure victory over France and has started seven of his eight tests, coming off the bench in Ireland’s only loss to date.

PAULINE BOURDON (FRANCE)
A player in the modern mould of French half-backs, given she is equally happy at nine or 10 as she showed during Les Bleues’ Women’s Six Nations Grand Slam campaign, starting off at fly-half before shifting to scrum-half and scoring two tries across the last three matches. Bourdon, who turns 23 on Sunday, has quick feet and an impressive step to create space for her or her team-mates but is equally strong in defence despite her small stature.

FIAO’O FAAMAUSILI (NEW ZEALAND)
The oldest of the nominees at 38, the Black Ferns hooker had retired from international rugby after leading New Zealand to a fifth – her fourth – Women’s Rugby World Cup title in 2017, but she reversed that decision to pass on the experience of her record 52 caps to a refreshed squad and as captain led the world champions to back-to-back victories over Australia in August. A consistent lineout thrower and strong runner with the ball, Faamausili knows her way to the try-line as her hat-trick in the first win over Australia showed.

GAËLLE HERMET (FRANCE)
Taking over the captaincy from the legendary Gaëlle Mignot was never going to be an easy task, but the back-row has flourished with the responsibility and is yet to taste defeat as Les Bleues captain, having led her country to the Women’s Six Nations Grand Slam in 2018 – before her 22nd birthday. France are blessed with back-row talent but Hermet has the all-round game with her leadership acumen combining with her power, strong running and ferocious defence.

SAFI N’DIAYE (FRANCE)
Another powerful forward, N’Diaye is nominated for the second year running despite having shifted from her traditional number eight berth into the second row since the World Cup. Easily identifiable on the pitch by her patriotic scrum cap, the 30-year-old consistently gets over the gain-line and started every match in France’s Grand Slam success. A nuisance at the breakdown, her powerful runs make her a difficult player to stop when she gets going.

JESSY TRÉMOULIÈRE (FRANCE)
Her talent has never been in question but Trémoulière was truly at her mercurial best in 2018 and was for many the player of the Women’s Six Nations, a competition in which she finished as the top point scorer and joint-top try scorer. The 26-year-old blossomed with the faith placed on her as first-choice full-back, bursting through defences at will – scoring two tries against England, including the last-minute winner – and displaying her repertoire of kicking honed during her days as a footballer. She switched to sevens after the Grand Slam success, helping France reach their first ever World Rugby Women’s Sevens Series Cup final and secure their best-ever finish of third overall.