Kevin the Tipster - England vs Scotland & Ireland vs Italy 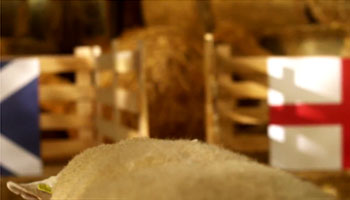 We’ve just witnessed a massive game from Pool D and this weekend are another two huge matches, as England and Scotland meet in Pool B, while Italy take on Ireland in Pool C. Kevin The Tipster has had another go at predicting the results.

Scotland lost control of a game they should have won against Argentina, but the South Americans kept their RWC hopes alive by sneaking a dramatic win after a brilliant late try. What’s that meant is that Scotland now need to beat England to avoid missing out on the quarter finals for the first time in their history.

The odds on Scotland beating England by eight points or more, to deny them a bonus point, are 9/1. The stats say that Scotland have not beaten them by more than six points in the last 25 years though, and Paddy Power are offering just 6/5 that Scotland fail to score any tries in the game.

Chris Ashton is 15/2 favourite to score the first try, and 25/1 to score a hat-trick, and with him being the top try scorer in New Zealand currently, he’s 10/3 favourite to remain top come the end of the tournament.

The other game that the Tipster has gone for is the Ireland vs Italy match, a game that may have significant results for some of the other sides in the next round. Both teams must win in order to progress to the quarter finals, as you’d expect Australia to cruise through against Russia.

So despite having beaten Australia, if Ireland slip up against Italy, they could be heading home.

“Each game against them in the last four or five years has been getting harder and harder,” said Brian O’Driscoll. “We really had to pull it out of the bag to beat them in Rome. We always thought we could beat Australia but it hasn’t made the group any different.”

It’s going to be another brilliant weekend of rugby. Feel free to leave your predictions, and have a look at who Kevin the Tipster went with below.