Kevin the Tipster - France vs New Zealand & Argentina vs Scotland 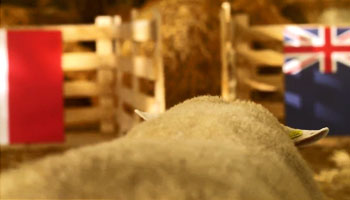 Last week we posted Kevin the Tipster’s predictions and yet again he’s come up with some big calls, this time for two of the weekend’s biggest matches. It’s France vs New Zealand, and Argentina vs Scotland.

Kevin will be predicting matches from all the world cup games and has already proven that he’s got a knack for it. He came up a little short last time around however, as he picked the Wallabies to win over his native Ireland, and we all know what happened with that one.

Wales against Samoa was more informed though as he nailed it, so to date has a pretty good record. This weekend’s matches are some of the most talked about, particularly the grudge match between France and New Zealand. As mentioned in a previous post, the loser might have a better route, although you’d expect both to want to keep a decent run of form and get the win.

Paddy Power say that they’re offering 33/1 that the French are fined for throwing the game, having already picked what some in New Zealand are calling a French ‘B’ team. The All Blacks are 10/11 on an 18 point handicap with France 7/1 to upset the hosts with a surprise win.

Argentina vs Scotland is one of the closest games yet. The bookies have picked Argentina as marginal favourites to win the game though, at 4/6 to Scotland’s 6/5.