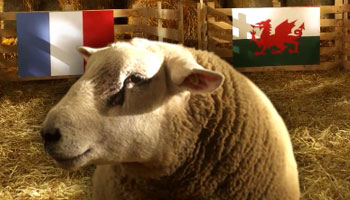 It’s Semi Final weekend at the Rugby World Cup, which means that Kevin the Tipster has been at it again, this time having a crack at the Wales vs France game. Have a look at who he goes for, and check out some of the match odds below.

With things having been split between North and South due to an upset earlier in the tournament, we’ve got a situation this weekend where only one of the top three sides in the world will make it to the final.

Of course, with those results the rankings will change probably, so that could prove an irrelevant fact. Regardless, it’s going to be interesting as two previous World Cup winners meet in one game, and Wales and France meet in the other, both sides looking to rewrite the history books.

With kicking usually a key component in finals, James Hook is tipped at 15/8 to get all his kicks, while Dimitri Yachvili is at 9/4. Perhaps a little surprising seeing as Hook hasn’t played much lately.