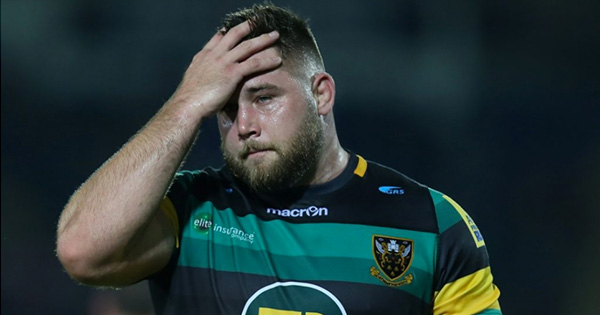 Kieran Brookes of Northampton Saints and Calum Green of Newcastle Falcons have both appeared before an RFU Disciplinary panel for offences stemming from their Aviva Premiership match over the weekend.

Prop Brookes was sent off by referee Andrew Jackson for charging into a ruck and making contact with the head of Scott Lawson. What made it look worse, and probably draw the attention of the officials, was that Lawson fell back onto his halfback, injurying his leg in the process.

Interestingly Green, for his part, was cited for striking Brookes with his forearm.

Both Brookes and Green pleaded guilty and were handed two-week suspensions.

Since Green has a good disciplinary record, his suspension was reduced to one week. He will be available for selection December 6th.

Since Brookes does have a disciplinary history, the panel chose against reducing his two-week ban and therefore, he will be available December 13th.

Quick look at it below, with video to follow if possible