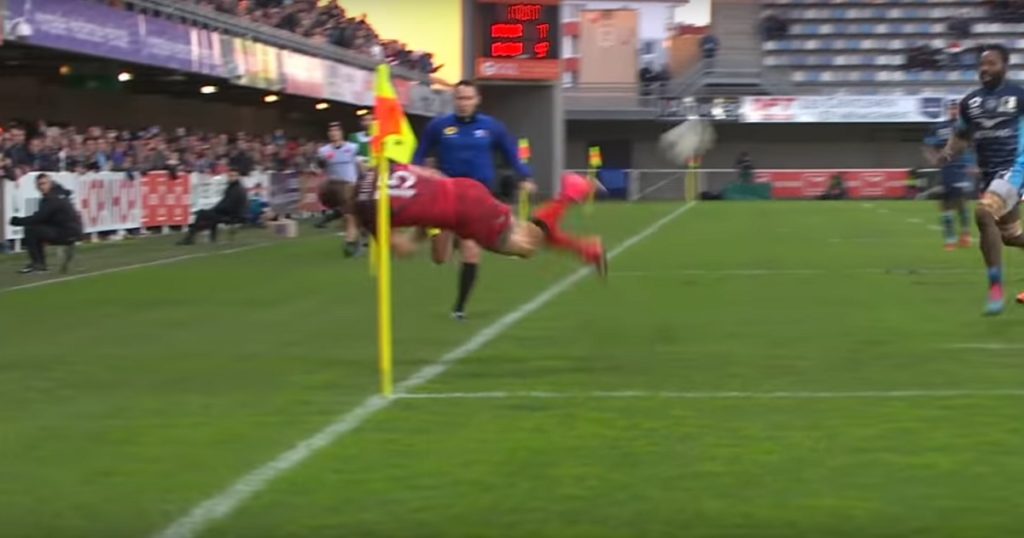 Lyon caused a bit of an upset in the Top 14 by defeating Montpellier 25-14 at the Altrad Stadium, consigning the hosts to a second home loss in three matches.

Former Toulon player Rudi Wulf scored the pick of the tries in the game, but only after fellow Kiwi Toby Arnold’s sensational acrobatics following his own chip ahead in attack.

Seeing acres of space in behind the Montpellier defence, Arnold put boot to ball and looked like re-gathering his kick to score a try of his own until the ball edged towards the touchline.

But instead of giving up, Arnold gathered on full stretch and kept the ball alive with a brilliant reverse pass which was taken by Wulf, with the centre cruising over the line to a stunned home crowd.

This gave Pierre Mignoni’s Lyon a crucial advantage in the game they had already been leading 9-7. The resulting conversion from Jonathan Wisniewski gave the visitors a 16-7 half-time lead.

From then on, it was an edgy encounter, with three further Wisniewski penalties effectively cancelling out Romain Ruffenach’s 49th minute try. Lyon lost Dylan Cretin to a yellow card in the closing minutes but held on for an important win, which sees them consolidate their fifth place in the standings. Montpellier however, languish in ninth place, having been a top three contender at the start of the season.