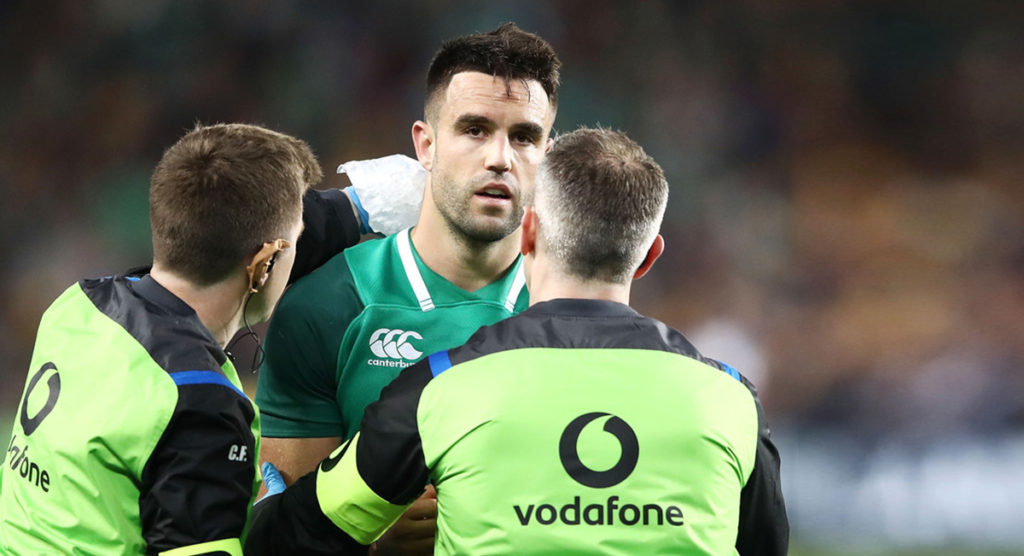 Ireland scrumhalf Conor Murray will not be available for the upcoming Test against the All Blacks in Dublin on Saturday. The Munster and British and Irish Lions star has not recovered from the neck injury he picked up during the Test series against the Wallabies in June.

Robbie Henshaw will also be unavailable due to a hamstring issue that will rule him out of the remainder of the Guinness Series.

Ireland coach Joe Schmidt was hopeful that Murray would be available for the crunch match against the number one team in the world, but unfortunately it won’t be possible.

“Murray is accelerating his recovery but will not join the squad,” an Ireland squad update explained today.

Both Luke McGrath and Keiran Marmion scored tries in Ireland’s 28-17 win over Argentina, so coach Schmidt will make a call later this week on who will start against New Zealand. Marmion picked up a knock, but should be okay to play.

Flanker Sean O’Brien meanwhile broke his right arm in the first half, but is hoping for a quick recovery and to be available as soon as next year’s Six Nations.

“I think I described him as a stubborn man and I think that ability to bounce back, that resilience that he has, would still give him a chance of getting back in time for toward the end of the year and then into the Six Nations,” said Schmidt.

Ireland scored three tries to one against Argentina in what some have called a laboured performance.

“There’s a lot to work on and we know next week against New Zealand is a big step up and we know we are going to have to be a lot better,” said captain Rory Best.