The pool draw for Rugby World Cup 2019 takes place in Kyoto, Japan. Follow the draw in the live video above, as teams get to see where they are placed for the next world cup.

Rugby World Cup 2019 in Japan will comprise 20 teams allocated into four pools of five teams. The 12 directly qualified teams from Rugby World Cup 2015 will be seeded based on the World Rugby Rankings and positioned into three bands of four teams.

The 12 directly qualified teams are those that finished in the top three of each RWC 2015 pool and are (in each relevant band): 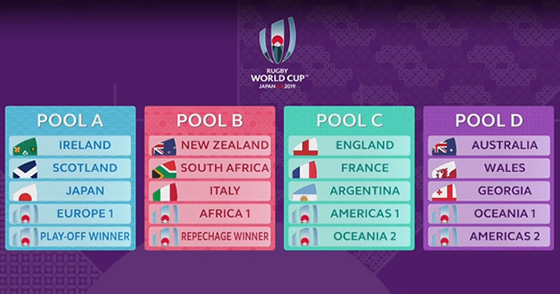