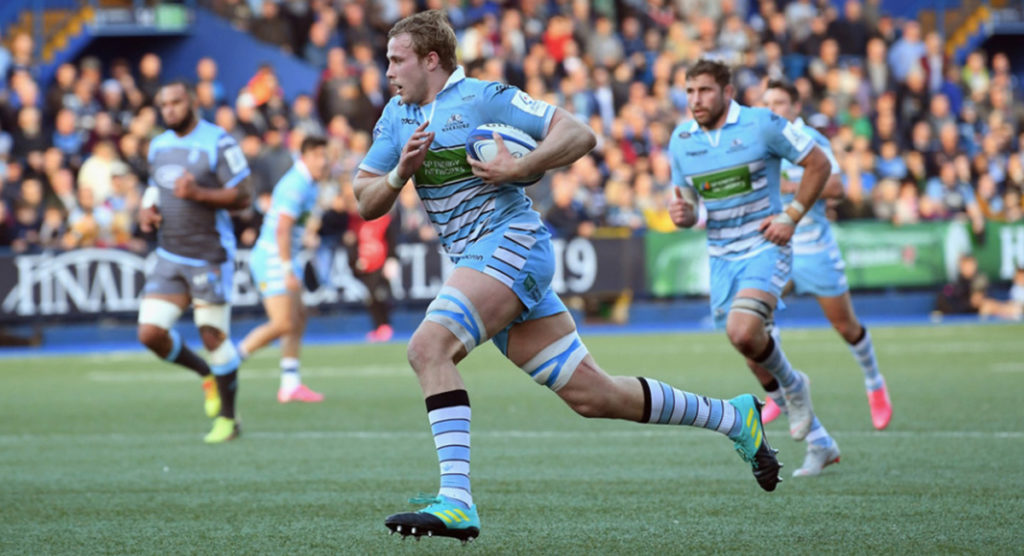 Glasgow Warriors bounced back from last week’s home loss to Saracens by defeating the Cardiff Blues 29-12 on Sunday afternoon in Cardiff. The moment of the match came with a 67th-minute end-to-end Glasgow try.

The Warriors attacked off the back of a scrum inside their own 22, with some Adam Hastings magic helping them to break out down the opposite wing.

After being held up just outside the Blues’ 22, it was Hastings yet again with the skill to put a grubber through for flanker Matt Fagerson, who found Jonny Gray to finish the high-quality sequence of play.

Head coach Dave Rennie was pleased with the win on the road, especially in light of last week’s performance.

“We’re really happy. Five points away from home – it’s going to be really important after last week’s loss. I thought we were more clinical than we were last week, we defended well again, we played a big chunk of the game without the ball.

“We were forced to defend and scramble and we did a pretty good job. It was important to silence the crowd. I thought we started both halves really well and that made a difference.”