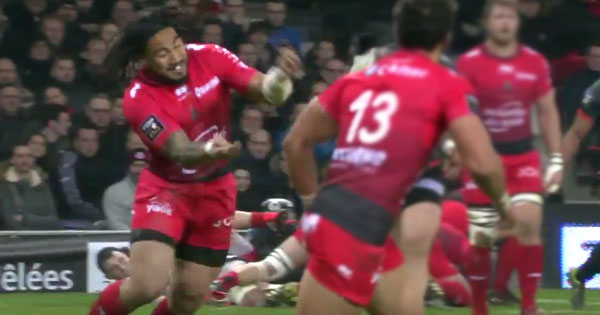 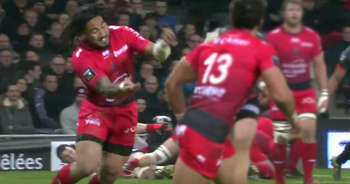 Bernard Laporte’s Toulon may be famed for their classic red playing kit, but they were left red faced after being thumped on the road to current Top 14 leaders Toulouse. The three-times reigning European champions went down 31-8 despite fielding a star-studded line-up.

It was a calamatous performance from the rouge et noir and standing out among them was newly signed All Blacks centre Ma’a Nonu, whose wild pass, intended for Wallabies winger James O’Connor, was picked off by Gaël Fickou.

While the endeavour to run from deep was clearly demonstrated, this episode will certainly be one that the double world champion Kiwi will look to forget.

The result also helps a Toulouse side that has struggled for form in Europe and means Ugo Mola’s side finish 2015 at the top of the leaderboard.

Winger Maxime Medard, who also scored a try in the rout, said his side were mentally prepared to play well in the face of the opposition. “It was an evening where mentally, it was easy to prepare for,” Medard told L’Equipe.

“It was at home against Toulon. We were scared because it was the dream team coming, we were scared of losing by 40 points.”

He added: “This evening we saw the young and the old fighting for their jersey and it was beautiful. We’re not going to complain about being first as its been a long time since we’ve been here. But we’ll see at the end of year.”

You can see Nonu’s disastrous pass below, with more replays in the raw footage on page two