Ma'a Nonu reflects on reaching 100 Test Caps, and how Tana Umaga was his idol 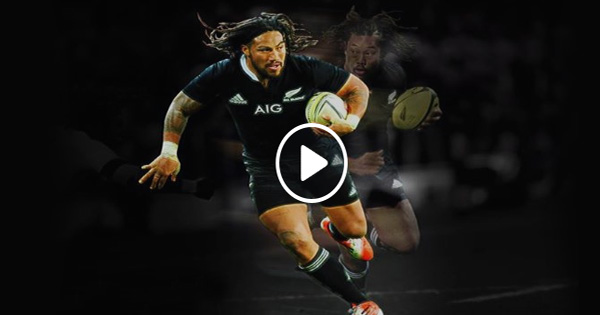 MA’AGIC!After reaching 100 Test matches for New Zealand, Ma’a Nonu reflects on his time in the black jersey and the memories of the great All Blacks he’s played alongside.

Ma’a Nonu played his 100th Test against Tonga this past weekend, scoring the seventh and final try in a 47-9 victory in Newcastle. He sat down to reflect on his career in this candid interview, where he talks about being starstruck by former mentor and teammate, Tana Umaga.

The try scored against Tonga was the 30th of his career, on the day he was presented with a special silver cap by Richie McCaw. “It’s a testament to your hard work, determination that you are still putting out performances like that tonight,” said McCaw.

“All the boys see the hard work you put in so you can play like a champion every week. Tonight we salute you on 100 Tests. Congratulations.”

He made his Test debut against England at Westpac Stadium in Wellington in 2003, is the longest serving No.12 in All Blacks history with 75 caps and is the sixth most capped player in the side.