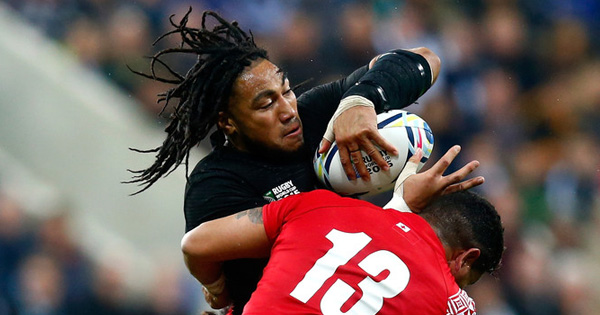 New Zealand beat Tonga 47-9 to claim top spot in Pool C and set up a quarter final meeting with either France or Ireland, to be decided tomorrow. The All Blacks weren’t at their best though, and again showed signs of rustiness, due in part to an inspired effort from Tonga.

Trailing 14-3 before the break, Tonga had the New Zealand forwards under a huge amount of pressure and were unlucky to not be awarded a penalty try. As it was, the defending champions held out and went to the break with the lead, and in the second half they shifted into gear.

Ma’a Nonu scored one of the seven tries to cap off a memorable 100th Test appearance.

“They put us under a lot of pressure,” captain Kieran Read said after the match. “Our work up front needs to probably improve. We’ll regroup, but we’re glad to be where we are.”