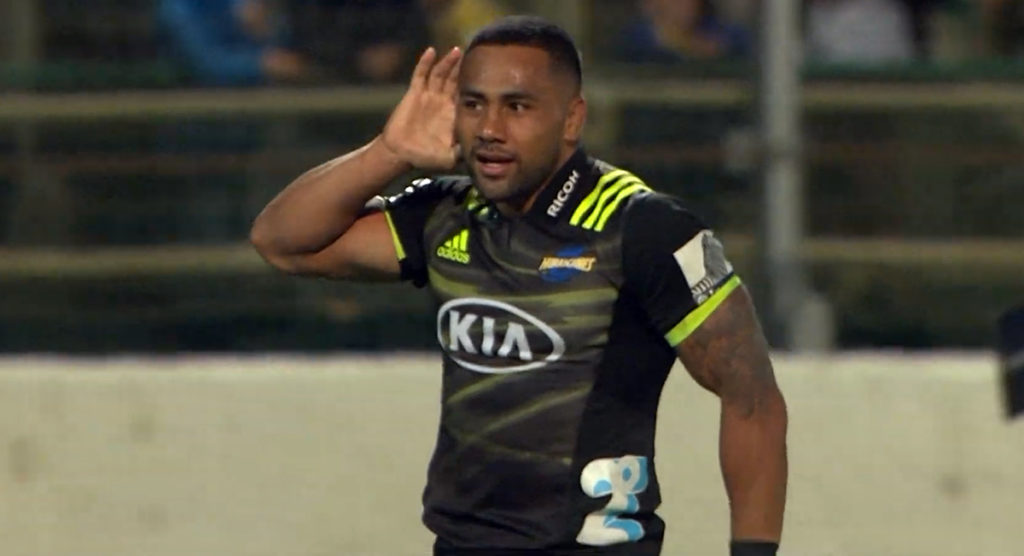 The Hurricanes blew the Brumbies away in the opening game of round three of Super Rugby in Palmerston North, as they scored some unbelievable tries on their way to a 43-13 hiding. There were a number of brilliant bits of play, including some fancy offloads and a hooker diving in at the corner.

The Hurricanes were buoyed by the return of Beauden Barrett for his first game this season, while the Brumbies were coming off the back of a dominant victory over the Chiefs in round two.

The ‘Canes ran in six tries in the match, with lock James Blackwell scoring one, Dane Coles two and Ngani Laumape three on a return to his hometown. However, it was the slick offloading by the team that was special about this result, particularly from All Black TJ Perenara and centre Vince Aso.

Two sublime first half offloads from Aso and Perenara put Lamape in for his first try and Coles through for his second try of the match.

The All Blacks scrum half was at it again in the second half, putting Laumape in again for his second try of the match, albeit the powerful centre still had a lot to do after he received the ball.

The Hurricanes seemed to grow throughout the match, while the Brumbies wilted, and the New Zealand outfit played some superb expansive rugby. They were obviously helped by the return of Barrett at fly half, as the team were keen to keep the ball alive.

Rampaging centre Laumape ended the match with a hat-trick after another powerful display of strength and speed.

The Hurricanes face the Highlanders and the Chiefs over the next two matches, but will be positive heading into those encounters as this was the first game of the season where they truly clicked into gear. Meanwhile, after an impressive victory against the Chiefs last week, it is hard to work out which Brumbies team will turn up.