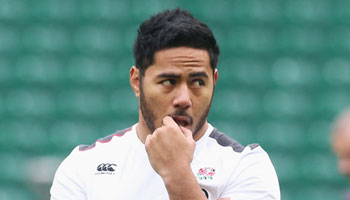 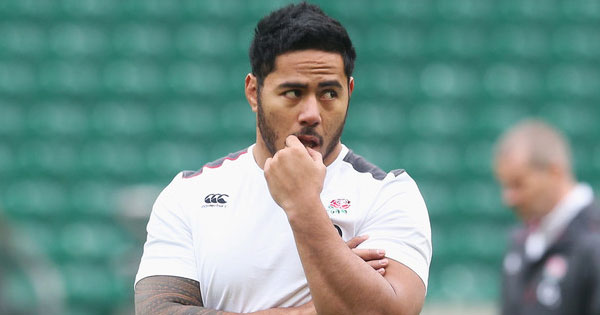 Manu Tuilagi will play no part in the Rugby World Cup, England coach Stuart Lancaster has said. The explosive England back has been convicted of three charges of assault on police officers, and one of criminal damage. A joint statement was released today.

According to the BBC, Tuilagi was arrested in Leicester city centre at 3am on Sunday, 26 April.

“He is understood to have grabbed a taxi driver by the throat and kicked the vehicle’s wing mirror before pushing two female police officers in the chest as they attempted to handcuff him.”

England Rugby and Leicester Tigers have taken action against Tuilagi following his conviction. Manu pleaded guilty at Leicester Magistrates this week and was ordered to pay the court a total of £6,205 in fines, compensation, charges and costs.

England Head Coach Stuart Lancaster has spoken to Manu and informed him that, in the light of his conduct and subsequent conviction, he will not be considered for selection for England’s Elite Playing Squads until January 2016.

“As role models and ambassadors for the game, the highest standards of behaviour are expected from every England player both on and off the fiel,” Lancaster explained.

“Having spoken to Manu, he understands and accepts both the seriousness of the offences to which he has pleaded guilty and the consequences of his behaviour to his club, country and the game as a whole.

Tuilagi himself said in a statement: “I take full responsibility for my actions and unreservedly apologise to all those involved in the incident, Leicester Tigers and England. It is something I deeply regret and I totally accept the sentence given by the court.

“The club and Stuart have been very supportive and I understand their sanctions too. I know as an England player the need to conduct myself as a good role model for the game. I am very disappointed because my actions have let so many people down and I can only hope for a future chance to prove myself again.”

Leicester Tigers Director of Rugby Richard Cockerill said: “Manu knows and accepts his responsibilities and has received a significant punishment in being excluded from the England squad and the club will also take internal disciplinary action.

“While we do not in any way condone his actions in this case, Manu is a young man who has grown up in the public eye and he is a good professional in a top-level environment.

“He always gives his time very generously to supporters, particularly young ones, wherever he goes, and fully understands the role that the fans have played in his career. We will continue to work closely with him on his return to full fitness and look forward to his return to the field in due course.”

He was banned for five weeks for punching England teammate Chris Ashton in May 2011, and later that year fined for jumping off a ferry in Auckland at the Rugby World Cup. So it’s not 23-year-old Tuilagi’s first run in with the law, however it is the most serious offence to date.