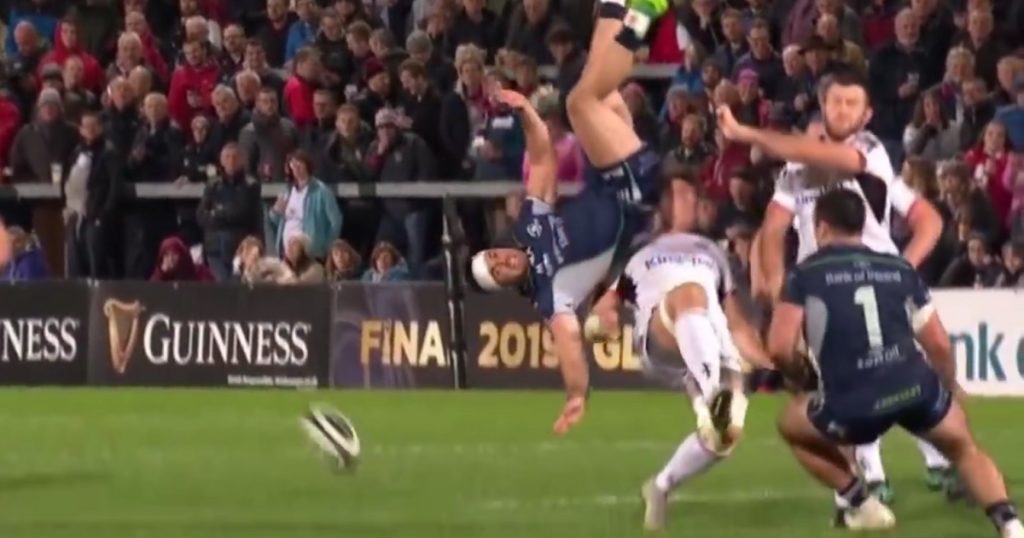 Ulster’s Matty Rea will face a disciplinary hearing in Edinburgh after being sent off for his dangerous tackle on Cian Kelleher in his side’s loss to Connacht last weekend.

The incident occurred just seconds after the start of the second half, with Rea recklessly taking out Kelleher as the pair disputed the ball.

Kelleher jumped for the ball while Rea remained on the ground. It was a careless contact from the back-rower, who after consultation with the Television Match Official Olly Hodges, was shown a straight red from referee Andrew Brace.

While Kelleher didn’t land on his head, Rea’s failure to contest and the speed at which he impacted the replacement was ultimately what made the difference.

Ulster went on to lose the match 22-15, giving Connacht their first away win in the Pro14 since April last year.

For Rea, he will learn his fate after a hearing panel chaired by Pamela Woodman and with Kathrine Mackie and Ian Douglas (all representing Scotland).

Update: Rea has been handed a four week ban from the panel as of today (10th October). The decision stated: “the Committee took into account that there were no aggravating factors, the player’s clean disciplinary record and other mitigating factors and applied full mitigation of 50 per cent, meaning that the player is free to play on Monday, November 5, 2018.”