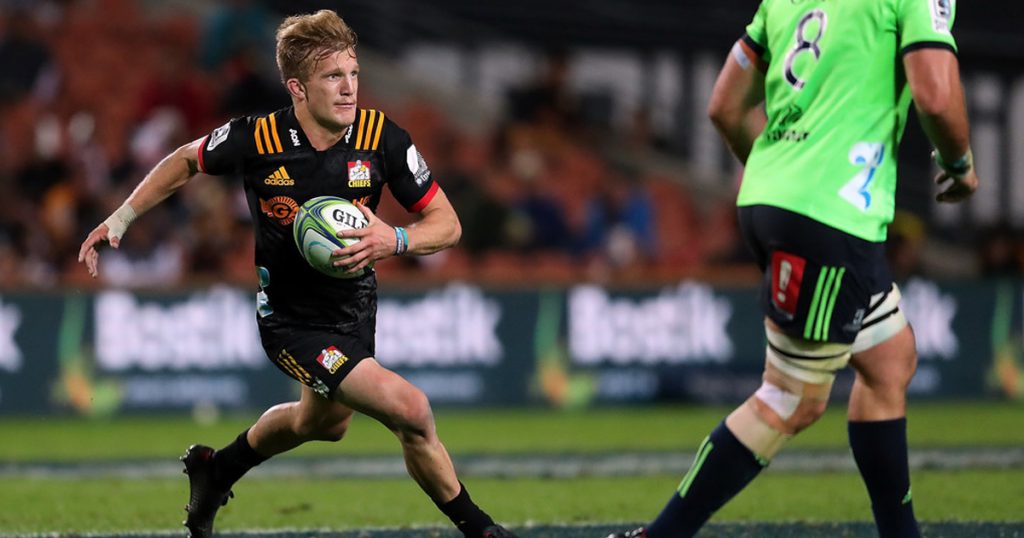 The Chiefs beat the Highlanders 27-22 in a hard-fought Round 7 Super Rugby contest in Hamilton on Friday. Both sides scored three tries each, but this one, finished by Solomona Alaimolo, was arguably the pick of bunch.

The try featured a sublime Damian McKenzie cross-kick with the outside of his foot, followed by Toni Pulu’s perfectly timed leap to catch and release inside for Alaimolo, who dived in for the try.

While it wasn’t all plain sailing from McKenzie, he yet again showed that he will always have a crack, helping the Chiefs to their fourth win of the campaign. They are now second in the New Zealand conference behind the Hurricanes, who later thumped the Melbourne Rebels 50-19.